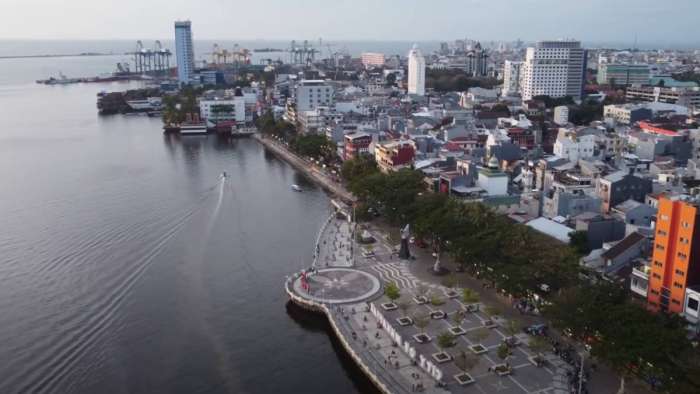 According to sources from Indonesia, Tesla will build a new battery and EV factory in Indonesia - a country with the world's largest abundance of nickel and also a plentiful supply of lithium. How many cars could Tesla sell in Indonesia? Let's find out!
Advertisement

It has been reported that Tesla will build a new battery and EV factory in Indonesia. Does this seems like Tesla's target market? There is a quarter of a billion people, but Indonesia is about 100 in the world in GDP. But there is traffic congestion. Let's see why Tesla is building factories there and more from Tesla Economist.

Indonesia is very aware that EVs (electric vehicles) are the future and are powered by batteries. These batteries will require nickel. Indonesia has around 21 million tons of reserves - the largest nickel reserves on the planet. This equates to about $600 billion worth of nickel.

Nickel is a sellers market right now and the nickel in Indonesia is going to be very valuable. If Indonesia can build an industry around this nickel, it is going to build up Indonesia and it makes sense for Tesla to go there and there would likely be many people ready to work for Tesla there.

Indonesia will want to have as much commerce as possible for this nickel. Tesla may just use Indonesia as an export hub. Tesla could make battery cells in Indonesia and it will be the most important mineral for Tesla. Elon Musk met with officials from Indonesia and showed them Giga Texas.

Indonesia's response to Tesla was: Our goal is to convince Tesla to explore cooperation with Indonesia regarding the supply and processing of Nickel as a raw material for making Battery Cells based on good and sustainable ESG (Environment, Social and Governance).

Tesla in Indonesia and Beyond

It has been reported that Tesla will invest in battery and an electric car plant in Central Java, according to Indonesian sources. Tesla agreed to build this battery and electric vehicle plant at an industrial complex in Central Java province, following stateside talks last weekend between President Joko "Jokowi" Widodo and Tesla chief, Elon Musk, Investment Ministor Vahlil Lahadalia said on Wednesday.

The article mentions Elon's response and said that Elon was fired up by Indonesia's enthusiasm. Elon also said that we're going to look closely from the Tesla and SpaceX standpoint to try to do some partnerships in Indonesia. Elon also thinks the future of Indonesia is very bright and that there will likely be collaboration on many fronts.

Will there be another factory announced after this factory? Tesla is the only company that can utilize this much nickel. Tesla is the only company that has the leverage and customer base to sell EVs and to make a profit using this much nickel. Tesla may get a better price for the nickel if they agree to build more giga factories in Indonesia. Tesla could sell 5 million cars or more a year in Indonesia with just a couple giga factories, especially if it made the entire car there.

What does each party want to achieve? Indonesia wants an overall better economy. Tesla wants to make EVs at a low as cost as possible. Will Indonesia be an ideal location for multiple giga factories and will Tesla be able to sell its EVs there at a profitable price? Indonesia also has plentiful lithium as well.

Tesla could produce the entire vehicle in Indonesia from start to finish. If there was an EV factory there that built the actual product, Tesla could make it happen. It all comes down to what Tesla can afford to sell its EVs in Indonesia for. And will these vehicles utilize the 4680 battery cells?

What do you think about Tesla building a battery and EV factory in Indonesia? Will Tesla be able to sell cars in Indonesia for an affordable price?