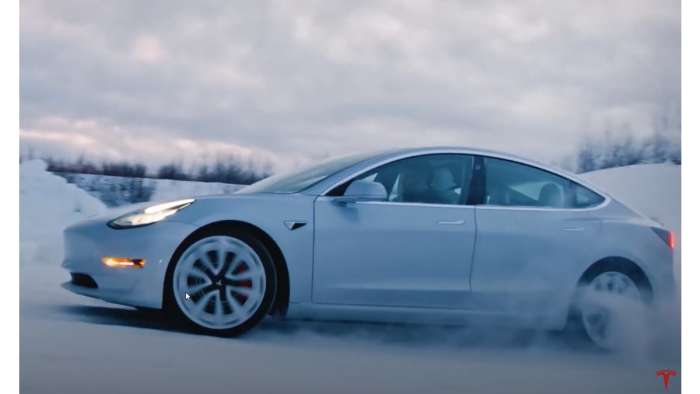 When the sales results for Norway (the world's leading EV market by adoption percentage) came out, Tesla detractors saw Tesla's 5th place sales a sign of weakness, is there something else going on?
Advertisement

Tesla's Norway Model 3 sales peaked in March 2019 at an incredible 31% of the market with around 5,700 vehicles. That level of dominance wasn't sustainable. There was a lot of people in Norway that had ordered a Tesla Model 3 the same day I did, March 31, 2016. Tesla had a soft quarter in the US since the tax credit had just been cut in half and the first quarter is always seasonably slow. Tesla took advantage of their production capacity to send some cars to the Norway market that had been waiting almost 3 years for the Model 3. At that time, their other choices were that you could have an affordable EV like a Nissan Leaf with a lower range, performance and feature set. Or you could pay about twice the money for a Tesla Model X or S. What about gas and diesel cars you might ask. Well, gas is over $7 a gallon in Norway due to high taxes that discourage the purchase and use of gas cars. Electricity on the other hand is very reasonable at about 9 cents a kWH. This means comparing a Model 3 to a gas car that gets 25 mpg, the gas car would cost about $28 to drive a 100 miles (use 4 gallons at $7 a gallon). The Model 3 would use about 25 kWh at 9 cents a kWh or about $2.25 in gas or over 90% savings in fuel. You can see why EV's have such a great adoption in Norway!

The reason Tesla's sales are not leading the market are 2 fold.

Remember that these people selling these Model 3s, paid less than this when it was new!

There is no reason for this, unless Norway is getting a lot less Model 3s than they need AND that Tesla keep the price high to milk the market, while filling up orders in other markets.

You can see that since the used cars are selling for a premium to the new Tesla Model 3's, as soon as Tesla can get more cars shipped to Norway, they will be able to retake some share, even before the Berlin Gigafactory opens and further improves their competitive position. Of course, by then, there will be more better competition for them also. It will be an exciting 12 months and we expect the percentage of EV's sold in Norway to continue to climb until it reaches 100%. This will happen by 2025, since gas and diesel cars sales will be banned, but it might even happen sooner if nobody wants one in say, 2024.

Next year, as the Berlin Gigafatory starts to build Model Y vehicles and later Model 3 cars, Tesla will be a much stronger position to retake the leading position in Norway's EV market. They will have lower shipping costs and they may be able to reduce prices more than you think as we speculated in this article. In addition, the wait time to receive a vehicle ordered should be considerably lower as the factory will be close to the markets and supply should be more in line with demand.