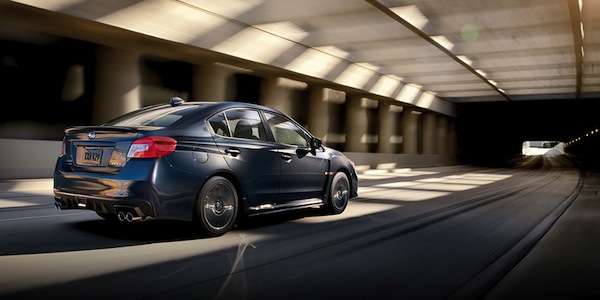 The 2015 Subaru WRX has the most appeal to new car owners than any other Subaru in the lineup. What car beat the WRX for the top spot?
Advertisement

In the recent J.D. Power APEAL study, the 2015 Subaru WRX came in second in the Compact Car segment. It was runner up only to the Volkswagen Golf that was voted North American Car of the Year. That’s pretty good company for WRX and the compact performance sedan helps the Subaru brand achieve one of the biggest improvements in J.D. Power’s latest study of new-vehicle appeal.

WRX is appealing to performance enthusiasts in a big way as they snatch up the performance sedan almost as fast as Fuji Heavy Industries can produce them. And buyers of the sporty compact seem to be happy with their purchase.

The J.D. Power APEAL Study is in its 20th year and measures how gratifying a new vehicle is to own and drive. After the first 90 days of ownership, more than 84,000 purchasers and lessees judged their new 2015 model year vehicles across 77 attributes, which are combined into an overall APEAL score on a 1,000-point scale. The higher the score, the better the ranking for the vehicle.

Subaru had a big improvement over 2014

Mini, Subaru and Scion had the biggest improvements in the latest study of new-vehicle appeal. the 2015 Subaru WRX sports sedan scored 788, a 22-point leap from the previous generation 2014 model. The Subaru brand rose from second-to-last in 2014 to tie for 25th with Chrysler this year.

J.D. Power says strong showings in the APEAL Study correlate with the building of brand loyalty that leads to repeat buys and Subaru has a very loyal following for WRX. Although, Subaru WRX/STI owners tend to keep their performance cars for a long time because they put so much aftermarket power equipment and money into them.

The study also shows that owners of models with higher APEAL scores are more likely to recommend their vehicles to others. “Word of mouth is still extremely important,” said Renee Stephens, vice president of U.S. automotive quality at J.D. Power.

The 2015 Subaru WRX rates extremely high on the fun-to-drive meter and performance fans are happy with the changes Subaru made to the fourth generation sports car. That's why it rated very high in the most recent J.D. Power APEAL study. Now if dealers only had more to sell, they could.