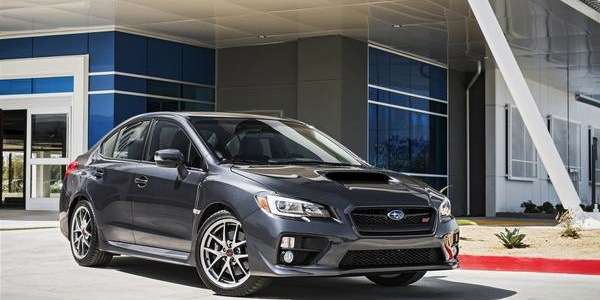 The 2016 Subaru WRX and WRX STI have been announced and they are coming with new safety tech and new infotainment. What new upgrades will WRX/STI get?
Advertisement

The 2016 Subaru WRX and WRX STI will begin arriving in U.S. showrooms this summer and will come with added safety features and new infotaintment for performance fans. There have been no changes to the drivetrains for 2016 and WRX still comes with a 268 hp 2.0-liter turbo boxer. 2016 WRX STI still comes powered with the 2.5-liter boxer producing 305 hp. The performance cars came with significant suspension upgrades for 2015 and no changes were made for the 2016 MY. The big news for 2016 WRX/STI is the added safety and infotainment.

Subaru’s EyeSight safety system and driver assist technology is now available on WRX when equipped with the Sport Lineartronic automatic transmission. Lane Keep Assist has now been added to the 2016 WRX EyeSight system which uses the vehicle’s electric power steering system to help the driver keep the vehicle within its lane when driving on the highway.

Subaru STARLINK in all trim levels

Standard trim 2016 WRX STI also comes with the new Subaru STARLINK 6.2” Multimedia system and a rear vision camera is standard, as well. The standard trim STI can be upgraded with a Navigation option packaged with the harman/kardon amplifier and 9-speaker premium sound system along with Keyless Access and Push Button Start with PIN Code Access for $2,600.