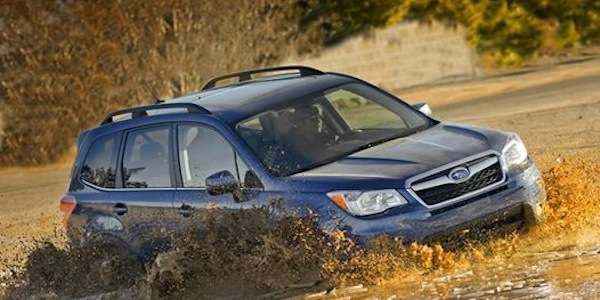 Why is Subaru Forester the most honored vehicle since 1997?

The new 2015 Forester maintains Australia's Best Cars Status and Forester has been the one of the most decorated vehicles in Australia since 1997.
Advertisement

The Australians know their SUVs and the Subaru Forester is their favorite because it does what others can’t. Forester owners around the globe use their multi-purpose vehicles for more than just daily commuting, and it’s more of a lifestyle thing. That’s why Subaru’s 2015 Forester has again been named Best All-Wheel Drive (AWD) Sports Utility Vehicle (SUV) under $45,000 in the Australia’s Best Cars awards.

Most decorated SUV in Australia since 1997

The Subaru Forester made its launch in Australia in 1997 and has since gone on to be one of the most popular SUVs in Australia. Forester maintains its long-held status as one of the most decorated vehicles in the Australian automotive industry, since its launch in 1997. The award comes from the nation’s combined motoring organizations and the cars were evaluated by the NRMA, RACV, RACQ, RAASA, RACWA, RACT and AANT against a broad range of criteria including: value for money, design and function, and on-the-road performance.

Forester has a tradition of multi-use activities

Forester fans know that the multi-use SUV can be used for more than commuting during the week, but they also use it for fun on the weekends. With its Symmetrical all-wheel-drive system, Forester has a go-anywhere attitude and is used for recreation and off-road fun. It’s owners use the mid-size SUV for camping, hiking, biking and taking the vehicle off-pavement and away from civilization.

MUST SEE: Subaru Forester X Mode stands for extreme fun in the dirt

2015 Forester carries on the tradition

And every Forester model in the lineup achieved a five-star crashworthiness rating for occupant safety from the Australasian New Car Assessment Program (ANCAP). It was the first compact SUV to achieve this rating and also the first Japanese vehicle to do so.

Australians and Forester owners around the globe know that Forester has been providing more fun on and off-road than any other SUV on the planet for nearly two decades. The 2015 Subaru Forester carries on the tradition with a little more style and refinement.

Elon Makes a Cybertruck Statement With an Action, But Quiet in Words
Tesla's Record Month in China: Doubled Registrations in March 2021
END_OF_DOCUMENT_TOKEN_TO_BE_REPLACED