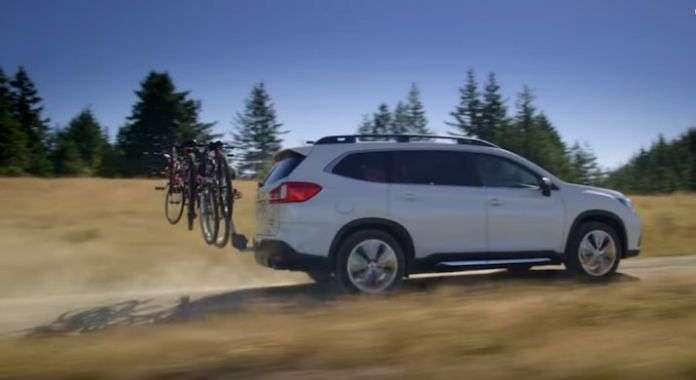 We’ve been asked by readers if Subaru will produce a 2019 Ascent plug-in hybrid. It could be coming soon.
Advertisement

The all-new Subaru Ascent 3-Row crossover will make its dealer launch next summer, will be built in the U.S. for Americans only, and it could get hybrid power in the near future. The new Ascent rides on the all-new Subaru Global Platform that all new-generation Subaru vehicles will have underpinning them, making it adaptable to multiple powertrain options.

Subaru says the new global platform will allow a single concept design for development of all models, adaptable to plug-in-hybrids and even electrification in the future. According to Subaru Corporation, all Subaru vehicles will be able to be designed with gasoline boxer engines, hybrid powertrains, plug-in hybrids, electric cars, and other types of alternative power units for which demand will increase further.

Subaru’s Crosstrek crossover will likely be the first model to get hybrid power and it could come as soon as 2018. The new Ascent 3-Row family-sized SUV will be built at the newly-expanded plant in Indiana, replacing the outgoing Tribeca and will fit well into Subaru’s all-wheel-drive recreation-purposed lineup. It could also be powered by a new plug-in hybrid powertrain after it’s initial launch in summer 2018.

Subaru Corporation is developing new hybrid drivetrains as a favored way to meet increasingly stringent emission standards. Yoshinaga said last year, “Subaru is working to comply with California's zero-emission vehicle standards taking effect in 2018.” The Japanese automaker will need to bring more hybrid models to the U.S. market, and the new Ascent family hauler will be one of the Subaru models likely to get the technology.

How will they do it?

Subaru has plans for a new plug-in hybrid vehicle and an all-electric, but they can’t make it happen without help from Toyota, Mazda and Denso. At the end of September Torque News reported, Subaru would join Toyota and Mazda along with parts maker Denso to design, test, and build components for a shared electric-car platform. Subaru may develop its own proprietary hybrid technology in-house for the Ascent, coupled with the new 2.4-liter turbo engine or another smaller direst-injection turbo boxer engine.

Look for Subaru to introduce a new 2019 Crosstrek plug-in hybrid first sometime next year. The new global platform will allow all their vehicles to be fitted with hybrid powertrains, plug-in hybrids, electric units, and other types of alternative power units. The all-new Subaru Ascent 3-Row SUV could be next to get a plug-in-hybrid model. Stay tuned.