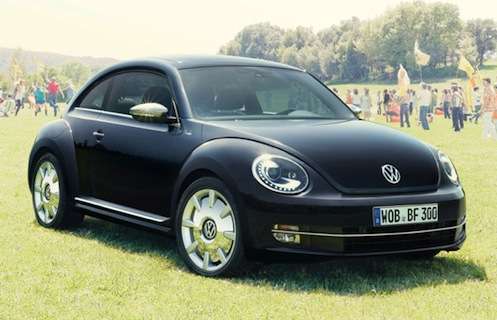 Volkswagen has announced the addition of four new models to the lineup from the Scirocco, Beetle, CC and Polo models.
Advertisement

Volkswagen has announced the unveiling of four new models from the Scirocco, Beetle, Polo and CC ranges. The new models along with an entire cross-section of the VW lineup will be shown at the Auto Mobil International (AMI) motor show in Leipzig on June 2 through 10th.

Volkswagen unveiled a Beetle Fender concept car at the IAA in Frankfurt that was designed to pay homage to the legendary American company. The concept car was such a big hit at the show that Volkswagen decided to bring the car to production.

The highlight of this special edition Beetle is the Fender audio system, packing 400 watts of power, nine speakers, a subwoofer and four deluxe tweeters. The car can be ordered in two special colors, ‘Black Uni’ or ‘Deep Black Pearl Effect’. The black color is designed to show off the 18-inch ‘Disc’ alloys and the other chrome trim on the outside.

The first Scirocco was announced thirty rears ago and has always had a sporty appearance. Volkswagen will continue the sports car tradition with the all-new GTS. The car will sport a rear spoiler, colored racing stripes, and red calipers that show through the burnished 18-inch ‘Thunder’ alloy wheels.

The new Scirocco exterior GTS will also get a sporty diffuser and GTS badges on the front wings. The interior will get sporty red and black colors along with the legendary golf ball gear lever knob. This was a feature on the first Golf GTI, but also on the 1982 Scirocco GTS. The Scirocco coupe was last sold here in 1988, and reports from Automobile News say the new Scirocco coupe is expected back on U.S. shores sometime in 2013.

What makes the model special is the unique shade of white, which is called ‘Oryx White Mother of Pearl Effect’. Also exclusive to the ‘Urban White’ model are balck or white 17-inch ‘Budapest’ alloy wheels. Black roof rails and wing mirrors, plus tinted rear windows come standard on the CrossPolo model.

Inside, to contrast the dominant outside color, will be a black interior with sports seats and a combination of fabric and alcantara. The new CrossPolo ‘Urban White’ is being launched in Germany at the same time that Volkswagen is showing the car at the Auto Mobil International motor show in Leipzig.

Torque News has given a full report on the CC R-Line. Click here for complete details.