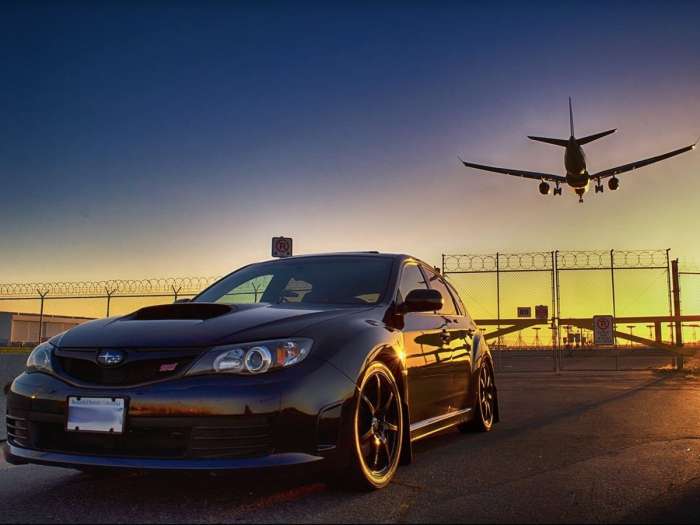 Subaru axed two popular models fans want back. Will Subaru ever bring back the STI hatch and Forester 2.0XT?
Advertisement

Subaru axed the WRX STI five-door hatch after the 2014 model year and the last Forester 2.0XT was made this year. Both the STI hatch and Forester turbo were popular models and fans want them back. Will Subaru listen or are they trying to pare down their lineup to the fastest selling models?

Unfortunately, it doesn’t look like it’s going to happen. Mamoru Ishii, the head of Subaru’s design department, told Digital Trends at the Geneva Motor Show, “We don’t have plans to bring back a WRX hatch to the market.”

Subaru brought the VIZIV Tourer Concept to Geneva and most thought it would be a forerunner of the next WRX hatch body style. But unless this is just a smoke screen by Subaru design chief Mamoru Ishii, the Subaru WRX/STI hatch could be dead. We aren’t sure what Subaru has in mind for the VIZIV (“Vision for Innovation”) concept hatch, but this model hasn’t been approved for production.

Subaru is always tight-lipped about their next-generation models, and the fourth-generation WRX/STI is no different. Subaru execs like Mamoru Ishii aren’t going to reveal any future model plans, but he says there are no plans to produce a WRX hatch anytime soon. It does have its place in the WRX STI lineup and if Subaru doesn’t bring it back, they aren’t listening.

The Forester 2.0XT with a FB20 2.0-liter turbo engine is another model Subaru fans want back. Subaru axed the sporty 2.0XT trim when they redesigned the all-new fifth-generation 2019 Forester. Subaru Corp announced at the New York International Auto Show in 2015, they would bring more Subaru Technica International (STI) enhanced models to the US. So where is the Forester STI? Subaru already offered a Forester tS (tuned by STI) in Australia, and it was a huge success when was offered down under. Subaru only built 300 examples for the Australian market and they were snatched up quickly. 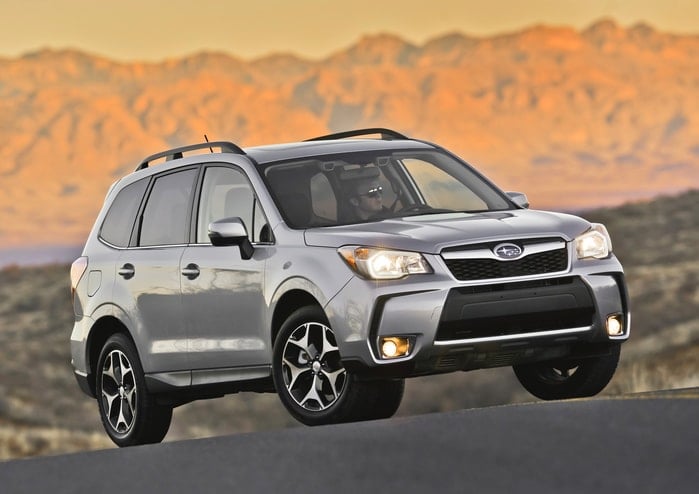 Subaru Corp likely made the decision to kill the sporty 2.0-liter turbocharged model because of slow sales, and more importantly fuel mileage. The new 2019 Forester will get up to 33 mpg on the highway. The Forester 2.0XT could only muster 23/27 city/highway mpg and 25 combined mpg and required premium unleaded fuel. The outgoing 2018 Forester naturally aspirated 2.5-liter boxer engine with a 6-speed manual gearbox was even worse and had an EPA fuel mileage rating of 22/28 city/highway and 24 combined mpg.

Even though Subaru execs say it’s not in their plans, the Subaru WRX STI five-door hatchback has a better chance of being brought back than the sporty Forester 2.0XT. Stay tuned.

Scott wrote on November 27, 2018 - 4:14pm Permalink
"Subaru is always tight-lipped about their next-generation models, and the fourth-generation WRX/STI is no different." Actually, there's a considerable amount of info publicly available about the 4th-gen WRX/STI. For example, dealerships have had full-color brochures available since the car went on sale in 2014.
Dennis Pelon wrote on November 27, 2018 - 7:54pm Permalink
They were not "popular" models unless you call approx 7 %of sales "popular" . If you want a sports car or a hot rod there are other companies that make them.
carlwu wrote on November 28, 2018 - 8:48am Permalink
I want a Levorg STi... not a WRX hatch.
Big Engines wrote on December 3, 2018 - 3:23am Permalink
Too bad that Subaru careless about their customers desires when Mazda CX-5 now offer Turbo engine 2,5L with 250HP! for sure how want performance will switch from Subaru to Mazda, very stupid move Subaru, very stupid