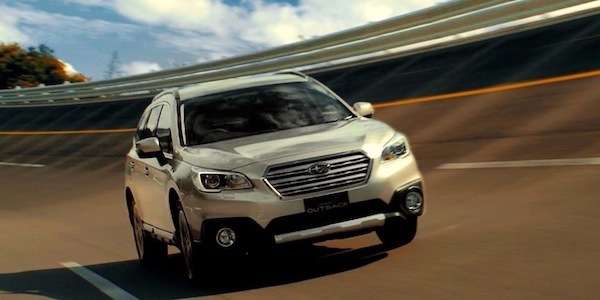 Subaru is developing new EyeSight safety technology for their entire lineup. Why aren’t they developing an autonomous Subaru Outback?
Advertisement

In a recent interview, Yasuyuki Yoshinaga, president of Fuji Heavy Industries (FHI), the parent company of Subaru, says the Japanese automaker won’t be developing any autonomous cars. In interview with Automotive News this week, Yoshinaga says they are developing new technology, but it won’t be a driverless car. What is the technology they are already testing?

In the interview with AN, Yoshinaga told them FHI already has a prototype vehicle they are testing that will be capable of overtaking another vehicle on the highway. The Subaru with this technology will be on the road by 2020. Yoshinaga says he’s already ridden in a vehicle with this technology on their “secret” test course in Japan.

The secret track used for all Subaru cars

Subaru tests every one of their vehicles on what is called the SKC (Subaru Research and Development Center) track that is the proving ground for their vehicles before they make it to production. The SKC was completed 26 years ago on November 14, 1989 when Subaru held a ribbon-cutting ceremony to mark the occasion. It’s a heavily guarded track and it’s not open to the public or the press.

It’s a high-speed circuit where Subaru has put production models through rigorous testing from the Alcyone SVX to the 24 Hours Nurburgring race models. It’s what Subaru does during the research and development process to improve the driving dynamics of every one of their all-wheel-drive vehicles.

Subaru says the new EyeSight-based technology that’s already being tested is being developed with their current partner, Hitachi, a global company producing safety systems for the automotive industry. Subaru will have new safety technology that will always include a driver who is supported with safety features around them. Yoshinaga says, “We don't use the word "autonomous" driving. That typically implies there is no driver. That means something like Google. We're not doing that at all.”

Subaru won’t be rolling out a new 2016 Subaru Outback, Forester or Crosstrek or any model with "autonomous" driving. They will be producing new technology that goes beyond the current EyeSight preventive safety features. It’s already being driven at their test facility. Stay tuned.