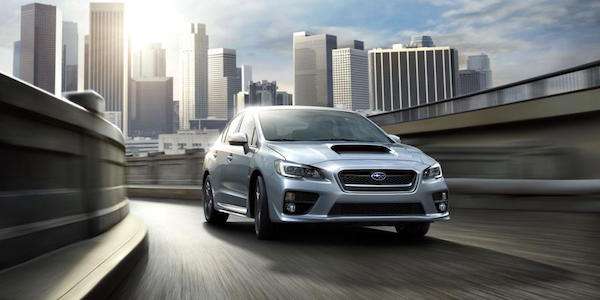 KBB says the average new vehicle will be worth about 33 percent of its original sticker price after 60 months. There are 10 vehicles on KBB’s list that return an average of 50 percent to their owners' pockets. The 2017 Subaru WRX is one of those vehicles and has a resale value at 36 months of 55.2 percent, and at 60 months, 45.4 percent. WRX has two stablemates that also received top resale value awards.

The 2017 Subaru Impreza’s paint is barely dry after a complete remodel and it wins the award in the Best Compact Car category. This is the fourth year in-a-row Impreza scores the award. For 2017, it’s because the newly-designed compact has seen only a marginal price increase. KBB says. “Starting at $19,215, the Impreza remains the least expensive car you can buy with all-wheel drive.” The Impreza beats out the Honda Civic and Toyota Corolla iM with a resale value of 54.9 percent at 36 months and 36.1 percent at 60 months.

In the competitive Mid-Size Car category, the 2017 Subaru Legacy beats out the top-selling Honda Accord and Toyota Camry models with a resale value of 47.6 percent at 36 months and 33.2 percent at 60 months. This is the Legacy sedans third consecutive year it’s received best resale value honors. KBB says, “Complementing its solid reputation for long-term durability, the Subaru Legacy also offers an outstanding cost-to-benefit ratio.” Pricing for the 2.5i starts under $23,000, which undercuts both the Honda Accord and Toyota Camry, and it comes standard with all-wheel-drive.