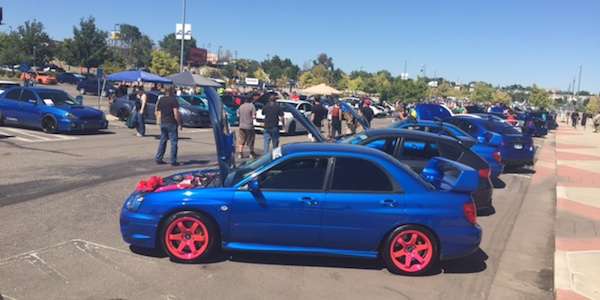 Both the sun and Subaru were shining bright at the Rocky Mountain Subaru Festival 2016.
Advertisement

The Rocky Mountain Subaru Festival 2016 was a day created just for Subaru enthusiasts. There wasn’t a cloud in the Colorado sky as hundreds of Subaru fans gathered in Denver, Colorado at the Sports Authority Stadium parking lot for a day of fun. Just two days before, the stadium was rocking as the Broncos beat the Panthers Thursday night. Two days later, the place was rocking with Subaru enthusiasts.

Most of the cars displayed were Subaru WRX and WRX STIs, but there were also a few tricked out Foresters, Crosstreks and BRZs scattered throughout the lineup of cars. 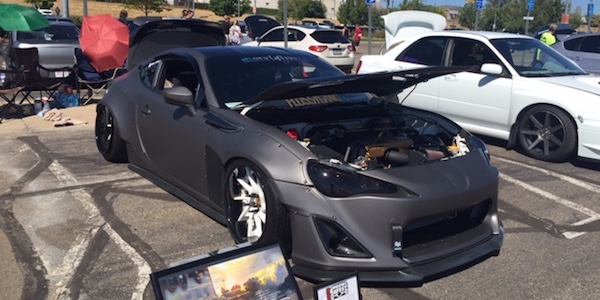 Subaru brought three special cars to the event. These cars have been on the road all summer traveling to the different Subaru events around the country. They were on display at the largest gathering of Subaru enthusiasts in the Rocky Mountain area. Here’s Subaru’s special lineup.

Colin McRae drove this WRC car for Subaru. The two-door widebody Impreza was built by Prodrive for the 1998 World Rally Championship season. It features a 2.0-liter turbocharged engine producing approximately 300hp and 340 lb-ft of torque. This two-door first-generation Impreza is one of the rarest and most desirable Subaru vehicles ever built. Only 424 units were sold worldwide. It features a 2.2-liter turbocharged boxer producing approximately 276hp. It comes with handmade wide body fenders and an adjustable wing. Bucky Lasek puts on a show

Bucky Lasek’s WRX STI Global Rallycross race car was also on hand for the event at the Subaru Tecnica International (STI) and Vermont SportsCar trailer. During the festivities, Bucky put on a show for the fans. He brought his skateboard and showed the crowd a few moves he still has. Even thought the vert ramp was short, he was able to show the fans he can still bring it. Next weekend, Bucky heads to Seattle, Washington with Rally Team USA for the Red Bull Global Rallycross event. Subaru WRX and WRX STIs were too numerous to count at the Rocky Mountain Subaru Festival 2016. The fans had a chance to be involved in the All Subaru Autocross, All Subaru Car show, WRX EyeSight demonstration and skate session with Subaru Rally Team’s Bucky Lasek. It was Subaru’s opportunity to rock Sports Authority Stadium and they didn’t disappoint.