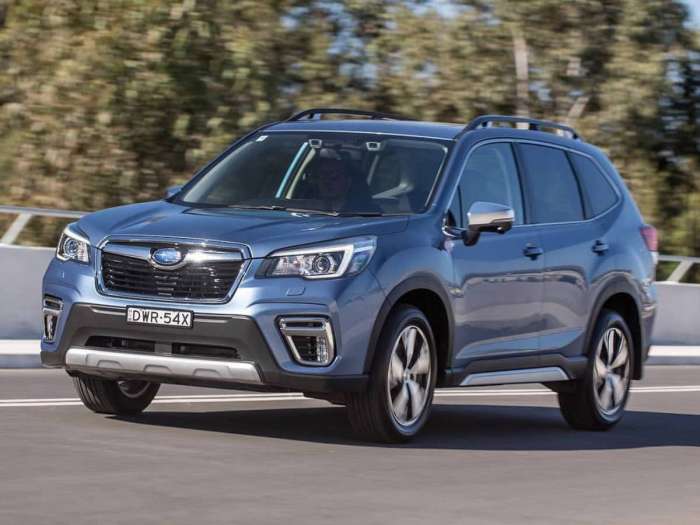 Subaru’s Forester Strategy; Will Loyal Customers Buy Into It?

Subaru has a three-fold strategy for the new 2019 Forester. Will loyal customers buy into it?
Advertisement

The Subaru Forester needed a remodel and the Japanese automaker brings the all-new 2019 Forester for customers this fall. Subaru has a strategy and they hope loyal customers and consumers new-to-the-brand will buy into it. Many Subaru fans wanted more drastic exterior styling and Subaru Corp went with only minor changes on the outside. Why didn’t Subaru Corp change the fifth-generation Forester more?

Subaru gets criticized for their uninspiring styling, but there’s a reason behind the Japanese automaker’s styling cues. Subaru’s Forester strategy is to not make major changes on the outside because it messes with their open greenhouse cabin with an open airy feeling inside. Forester also offers excellent visibility, and Subaru doesn’t want that to change.

Many new small SUVs now come with driver aids to help you know what’s going on around your vehicle like backup sensors, blind-spot monitors, and rear cross-traffic-alert systems. But there’s no substitute for being able to actually see the cars around you. The raked roof lines look cool, but they also don’t allow the driver to see their surroundings.

One of Subaru’s core values is offering excellent visibility in the Forester, and that isn’t going to change. According to a report by Consumer Reports, the Forester offers the best visibility of any vehicle on the road. The Outback wagon is second on the list, and Legacy sedan comes in third. 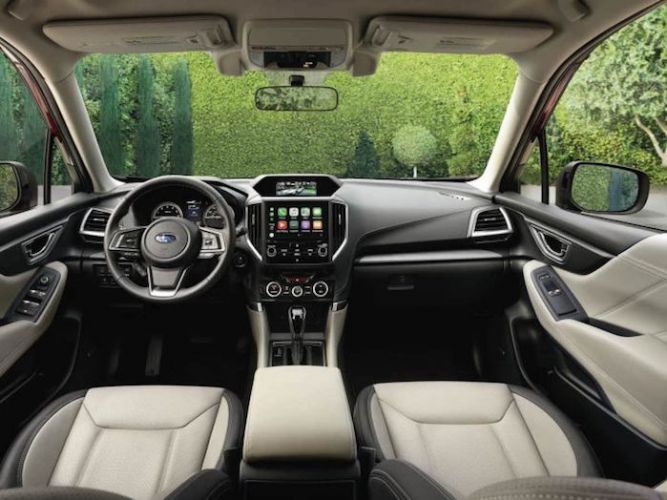 At the New York International Auto Show, when Subaru unveiled the new Forester, Subaru of America’s CEO Tom Doll, said two things will be the difference as consumers take a look at the new 2019 Forester. "The interior is really the differentiator for this car.”

The next-generation Forester gets significant upgrades inside the cabin. It gets new seats up front, and the small SUV will be more spacious overall with rear-seat legroom growing by 1.4 inches. The cabin will also be quieter, thanks to the new Subaru Global Platform Forester now rides on. All new 2019 Foresters come with a wider rear lift gate opening (+5.3-in.) for easier loading of cargo.

The third strategy for Subaru’s Forester is safety. Subaru says the safety factor will also be a big draw for consumers as they rediscover the all-new 2019 Forester. "Once people see the Forester and get an understanding of what it's all about, and the safety aspects that we've built into the vehicle," Doll said, "we think the sky's the limit with this thing.”

All 2019 Subaru Forester trims will now come standard with EyeSight driver assist safety technology. The small SUV will also be the only model in the lineup available with their new driver monitoring system called DriverFocus aimed at preventing accidents.

The all-new 2019 Subaru Forester will make its dealer launch later this fall, and it comes with Subaru’s strategy of excellent visibility, a roomier cabin and added safety features. Subaru Corp hopes these will be the reasons why consumers will rediscover the Forester nameplate.