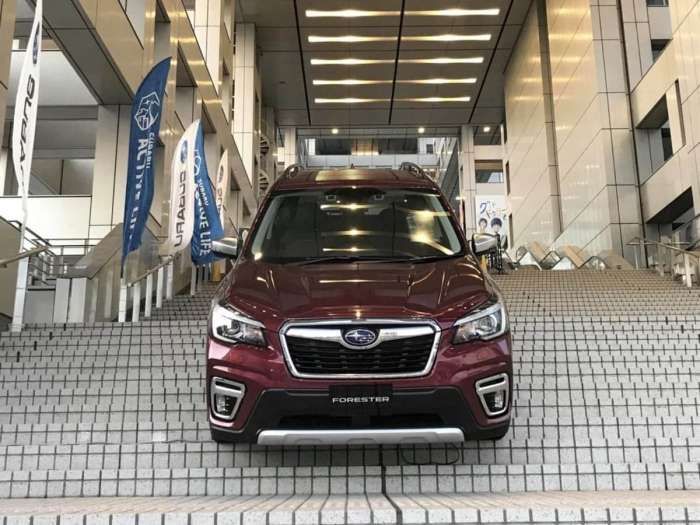 Subaru recalls close to 6,000 vehicles in Japan because of the fuel mileage falsification scandal. See what models are being recalled.
Advertisement

Last week, Subaru issued a final report regarding the fuel mileage falsification scandal that rocked the Japan market. Yesterday, (October 11) Subaru Corporation issued a recall and says they will fix 5,879 vehicles in Japan to correct the problem. The issue is related to inappropriate competition of inspections related to fuel consumption and exhaust gas measurements.

Vehicles that completed the completion inspection at the Subaru plant and shipped from the Gunma factory in Japan, December 14, 2017, to December 29, 2017, are eligible for the recall. Subaru Corp says the Legacy B4, Outback, WRX S4, and WRX STI, Levorg, Impreza, Subaru XV (Crosstrek), Forester, Exiga (including Crossover 7), and Subaru BRZ sports coupe are models being recalled.

Subaru Corp did not say what work would be done to fix the issue, but the time required for the work to be completed is about 3 hours. These Subaru vehicles are all Japan-spec models and the Japanese automaker has not said if any U.S. models would be recalled.

Subaru Corporation issued an apology to their Japanese customers. “We sincerely apologize for any inconveniences and inconveniences caused by improper incidents involving our automobile inspection and inspection business. Regarding this case, we decided to recall so that customers can ride with confidence in the car. We are sorry for your inconvenience but thank you for your understanding, thank you. In addition, we appreciate your understanding that we may adjust the schedule when reservations for recall work concentrate, thank you. Thank you very much for your patronage of Subaru.”

Subaru Corporation says they know the scandal has resulted in the Japanese automaker losing the trust of its customers, partners, and all other stakeholders, as well as the wider public. Subaru said they will take effective measures to prevent any recurrence. “Under the current management structure established in June 2018, senior management will fulfill its responsibilities by taking the lead in steadily implementing measures to prevent any recurrence of such issues and work to restore trust in Subaru step by step.”