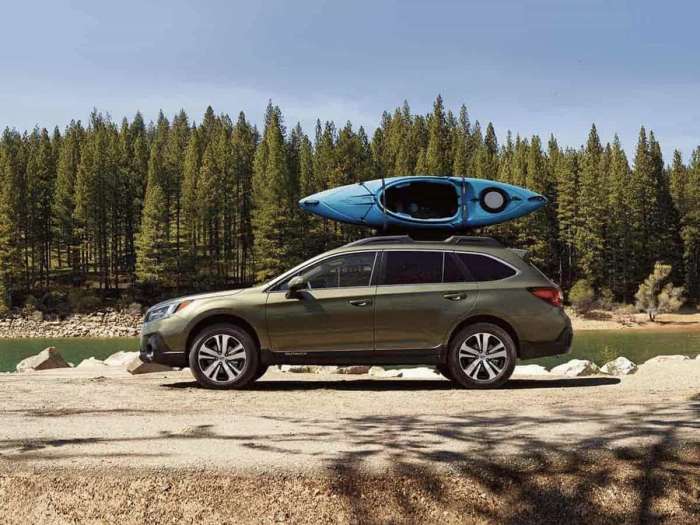 The Subaru Outback is the brand's number one selling nameplate, but it slipped again. Is Outback losing its game?
Advertisement

When Toyota, Honda, and Nissan are reporting a sales slump for July, SOA reports the best July ever with a 6.7 percent increase over July 2017, but it’s not the Outback nameplate that’s helping the Japanese automaker set new records. The Outback dropped 8.4 percent in July and this was the second month that the flagship SUV/Crossover posted a decline in 2018. Outback sales were also down 2.7 percent in April.

Subaru outsold the Hyundai brand by 8,289 in July, and it’s due to the all-new Subaru Ascent 3-Row family hauler selling 4,589 vehicles in its first full month. It’s also because the new Subaru Crosstrek had an increase of 4,692 over the previous July making it the only nameplate to have an increase over the same period last year. Between the two models, that’s an additional 9,281 vehicles.

The newly-redesigned Subaru Crosstrek is one of the hottest vehicles in America and is up 69.2 percent for the year. Subaru has sold 87,139 Crosstrek crossovers in 2018 compared with 51,500 last year through July. Subaru’s other nameplates were all down in July. Outback is off 8.4 percent, Forester down 10 percent,, Impreza down 5 percent, WRX/WRX STI off 31.4 percent, Legacy down 31.2 percent, and BRZ down 20.2 percent.

Subaru’s Jeff Walters, Senior Vice President of Sales says the Crosstrek and Ascent are bringing many first-time Subaru buyers into their showrooms and returning customers are moving up to the new Ascent 3-Row.

Consumers are responding positively to the all-new 2019 Subaru Ascent 3-Row, the largest vehicle Subaru has ever built, and it’s a good fit for active families. The newly-redesigned 2018 Crosstrek is the brightest star in the Subaru stable and it’s the hot nameplate with adventurous millennials. The Outback slips for the second month this year, but it’s still the number-one-selling nameplate in the lineup. It’s due for a complete remodel sometime next year when it will likely get a new game on.