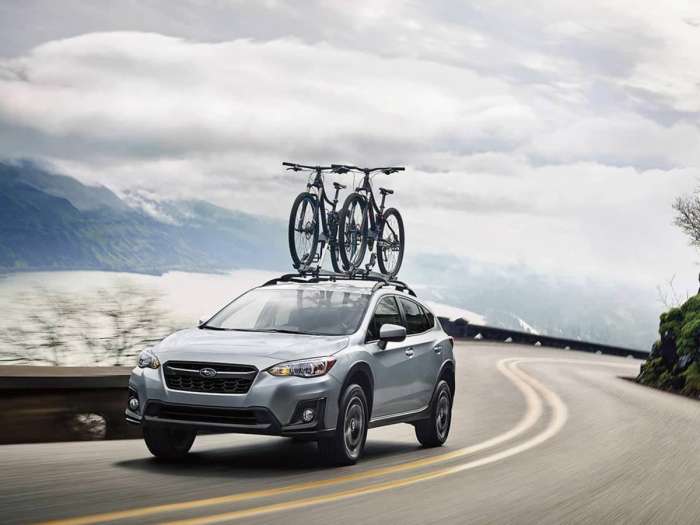 The newly-redesigned Crosstrek and all-new Ascent 3-Row are delivering big for Subaru. See how they send the brand to another record.
Advertisement

Subaru of America (SOA) is setting new records with the newly-redesigned Crosstrek crossover and all-new 2019 Ascent 3-Row family hauler. When Ford, Toyota, Honda, and Nissan are reporting a sales slump for July, SOA reports the best July ever with a 6.7 percent increase over July 2017 thanks to their two hot models. SOA now has 80 consecutive months of yearly month-over-month growth and will likely hit their 10th consecutive yearly record.

The Subaru Crosstrek is not slowing down. SOA reports 12,664 until sold in July compared with 7,972 Crosstreks sold in July 2017 for a 59 percent increase. Crosstrek is up 69.2 percent YTD. The only other model up for the year is Outback, the brand’s number one-feeling vehicle in the lineup. Dealers sold 4,589 units of the all-new Ascent in its first full month on the market making it a success right out of the gate.

Subaru’s Jeff Walters, Senior Vice President of Sales says the Crosstrek and Ascent are bringing many first-time Subaru buyers into their showrooms and returning customers moving up to the new Ascent 3-Row. “We are on track for an exceptionally strong summer, thanks to the all-new 3-row Ascent SUV and Crosstrek that continue to drive new and returning customers to the Subaru brand.”

Consumers are responding positively to the largest vehicle Subaru has ever built and it’s getting strong reviews from automotive journalists. The Ascent also earned a Car and Driver Editors’ Choice award. When Torque News drove the new family hauler in June, we told you why it’s a good fit for active families.

The newly-redesigned 2018 Crosstrek is the brightest star in the Subaru stable and keeps the brand setting new records.

DigitalMan wrote on August 2, 2018 - 11:18am Permalink
According to GoodCarBadCar's sales data, the Ascent sales were about 4600 units in July. When looking at equivalent 3-row models by Ford, Honda, Toyota and Nissan, the Ascent doesn't even come close to those other vehicles in sales numbers.
ED B wrote on August 6, 2018 - 10:01am Permalink
DM - I concur, but those manufacturers are significantly larger than Subaru and have been in the large SUV market for years, so their sales dwarfing Subaru is no surprise. However, for Subaru to hit the ground running with their first true large SUV - the units sold so far is an impressive start for a relatively small automaker late to the large SUV segment.

LG's New EV Battery Plant Is a Welcome News for Tesla
Tesla Giga Berlin's New Hurdle: It's Not Only the Gov't, but Now Tesla Itself
END_OF_DOCUMENT_TOKEN_TO_BE_REPLACED