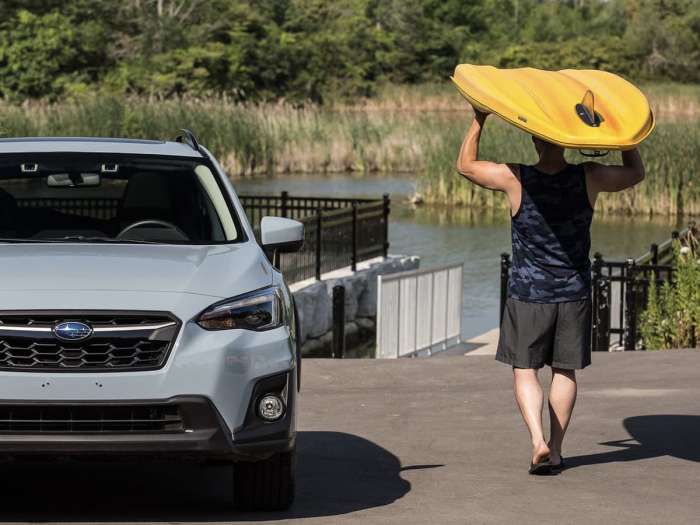 The newly-redesigned 2018 Subaru Crosstrek remains the brand’s hottest vehicle in the stable. The compact crossover is on fire posting its best June ever and sales for June 2018 increased 83.6 percent over the same month in 2017. The Crosstrek is inching closer to becoming the number two selling vehicle for Subaru of America.

Subaru also saw its 500,000th Crosstrek sold since the compact hatchback went on sale in 2013. But it is the newly-remodeled second-generation model that is catching fire in the U.S. and around the globe. Crosstrek is moving closer to passing Forester as the second-best selling vehicle in the Subaru stable. YTD sales of Crosstrek are 74,475 units compared with Forester selling 79,277 units. Outback is still number one at the half-way point selling 90,978 units in 2018.

Why is Crosstrek so popular?

The all-new 2018 Subaru Crosstrek received a complete makeover and buyers are responding to the major updates in a big way. A big reason is that of the new Subaru Global Platform. Both Impreza and Crosstrek are the first models to get the new architecture that improves driving characteristics, increases interior room, and it makes the models safer than any Subaru model ever built. The 2019 Forester will be the next model to get it.

A bigger reason is Subaru designed the new-generation Crosstrek for younger buyers with active lifestyles. Crosstrek has a 8.7-inch ground clearance, comes standard with Subaru’s Symmetrical all-wheel-drive, and now comes standard with the off-road feature called X-Mode. Its “go-anywhere’ attitude is attracting millennials with active lifestyles who are buying the new crossover to get away from civilization for activities like mountain biking, kayaking, camping and trail hiking in the backcountry.

These younger active consumers get an all-wheel-drive vehicle that’s comfortable for the city commute, fuel-efficient, gets enhanced active safety and is recreation-purposed with a go-anywhere attitude. Subaru’s second-generation Crosstrek is on fire and powers Subaru of America to an all-time record in June.