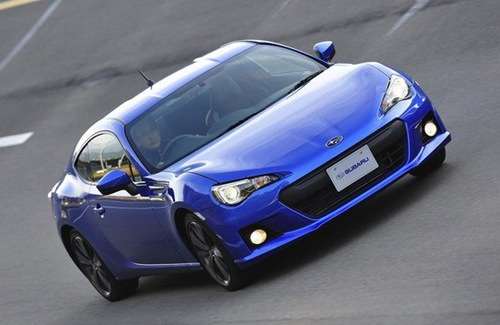 The new 2014 BRZ S with an STI performance package has just been launched with pricing and is available for purchase now in Australia.
Advertisement

There is good news for BRZ performance fans down under and across the globe. Subaru Australia has just launched a new 2014 BRZ S STI performance package that upgrades the standard model. Back in May we reported that Subaru would be launching the new model and it’s available now for purchase. We’ve known that Subaru would add the STI performance package to the BRZ and now the new S model will give performance enthusiasts a new STI package. It will feature a number of distinctive performance goodies for current owners and can also be added to a new car at the factory.

The 2014 BRZ S adds features that all come from STI (Subaru Tecnica International) track-inspired equipment. This BRZ S STI performance pack is available now and can either be purchased online by new buyers or retrofitted for existing owners through Subaru dealers. The new STI pack will come at a cost of $7195 (Australian) for the automatic BRZ and $7995 for the BRZ with the manual gearbox. All components will carry the full three-year/unlimited kilometer factory warranty that comes with the car.

The new S performance pack comprises a long list of components that distinguish it from the standard BRZ. The 2014 BRZ S will be track ready and will include front under, side, rear-side and boot lip spoilers, a flexible tower bar, lower coil spring set and 17-inch black STI alloy wheels. It will also feature an STI manual gear shift lever assembly, Duracon shift knob (manual-only), engine push-button start switch and rear under diffuser.

The new STI performance package will add performance-enhancing qualities to the BRZ, but what about the engine? Subaru did not announce what engine specs the new BRZ S will come with, but don’t look for a turbo upgrade on this model. We will have to wait for the new BRZ STI, that has been seen testing at Germany’s Nurburgring to be released with any engine upgrades.

A new performance BRZ that is coming later will likely get upgrades to the intake system on the 2.0-liter Boxer engine that is reported to bump the horsepower from the current 200 hp to around 220-230 horsepower. Additional power will be added by Subaru STI making adjustments to the dual active valve control system. The maximum rpm’s could also be raised past the current 7,500 rpm limit. A new free flowing exhaust system will improve exhaust flow and reduce back pressure. All will come from STI technology developed for Subaru's race cars.

Subaru announced in May, they will be launching a new 20th Anniversary Limited Edition WRX to celebrating 20 years of building the high-performance turbocharged WRX. Only 300 examples of the special car will be built and the limited edition WRX will be available for sale starting in September. The 300 limited edition cars will be featured in a special WR Blue exterior color to mark the occasion.

The new BRZ S isn’t a full-blown high performance model, but for now, the 2014 BRZ S gives performance enthusiasts more to get excited about and offers STI track-inspired equipment. BRZ buyers can add Subaru factory-backed performance goodies that offer a distinctive design and will give their BRZ better performance at the track. Will the STI S package be available in the U.S? It will most likely be offered sometime later this year or early 2014. Stay tuned.