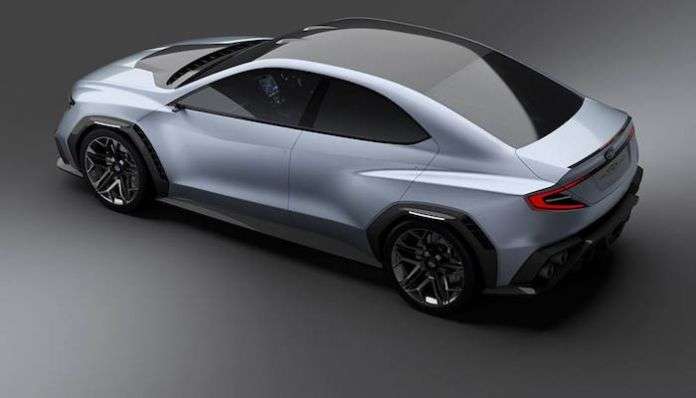 Subaru Could Reveal Next Evolution Safety System at 2020 Olympics

At the Tokyo Motor Show Subaru unveiled their next-generation WRX/STI. They also revealed their next evolution safety system.
Advertisement

If the reports are accurate from The Globe and Mail, Subaru could reveal the next evolution of their EyeSight safety system at the 2020 Olympics. The reports says when the 2020 summer Olympics come to Tokyo, Japan Prime Minister Shinzo Abe wants Japanese automakers to use the games to showcase the countries autonomous vehicles.

It says the Prime Minister wants fleets of self-driving taxis, buses, trucks and private vehicles ferrying the athletes, and visitors from around the world on Tokyo streets in time for the 2020 Summer Olympics. That’s an ambitious goal, but Subaru may be able to pull off having a fleet of their all-wheel-drive Outback, Forester and Crosstrek vehicles, with the new technology, ready for the big event.

Subaru just unveiled their VIZIV Performance Concept which previews the next-generation Subaru WRX/STI set to hit global dealers in late 2019. They also revealed it previewed the next evolution of their EyeSight driver assist system. Subaru says their advanced driver-assist technologies are scheduled for launch around 2020 which would coincide perfectly with the 2020 Olympics in Tokyo.

Subaru did not announced the new technology would be revealed at the summer Olympics, but they did say at the Tokyo Motor Show, they will incorporate further enhancements to EyeSight driver-assist technology, including radar, and highly accurate GPS and navigation systems. The Japanese automaker claims will allow for automated lane-changes in certain conditions.

Subaru’s stated goal is to “pursue ultimate levels of safety in the aim of eliminating automobile accidents.” They already offer vehicles with advanced highway-only autopilot functionality proven to reduce accidents on Japan roads.

The Institute for Traffic Accident Research and Data Analysis (ITARDA) investigation found Subaru vehicles equipped with the EyeSight safety system, had an 80 percent decrease in rear-end collisions between vehicles and 50 percent fewer pedestrian accidents. There was a 60 percent degrease overall in all driver accidents. The study was conducted with EyeSight-equipped Subaru vehicles from 2010 to 2014 in Japan in over 10,000 surveyed accidents.

Subaru is ahead of many Japanese automakers including Toyota and Nissan who are also working on the new safety technology. As global visitors descend on Tokyo for the summer Olympics, they could be riding in 2020 Subaru Outback, Forester and Crosstrek vehicles with new semi-autonomous technologies.