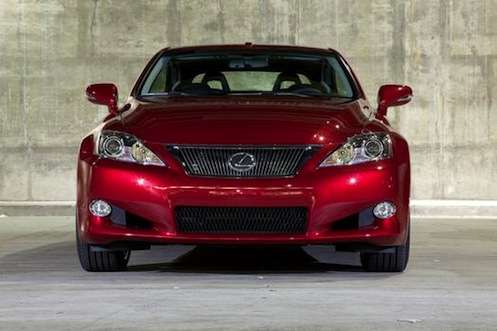 Revolutionary changes coming to Lexus starting with the 2014 IS 250

Lexus is going to be revolutionary with the new generation IS so the luxury brand can compete with its German rivals.
Advertisement

Lexus is about to make major changes to its lineup and will start with the 2014 IS 250. Lexus is at a crossroads and knows it can’t stay on its current path or the luxury brand will slowly sink into oblivion. Akio Toyoda, the CEO of Toyota, has been on a mission to transform his company so they can compete with their German rivals who continue to outpace the rest of the automotive world.

BMW, Mercedes-Benz, Audi and Porsche are all setting sales records with their performance and luxury cars in 2012 and are forecasting even better sales for 2013. Currently, the Lexus IS trails the BMW 3-Series, Mercedes-Benz C-Class and Audi's A4 in the sales race. Akio Toyoda is first and foremost a race car driver who has a passion for winning. The Toyota CEO doesn’t like to lose and right now he’s in fourth place and is in the automotive race of his life.

Lexus will need to compete with its German rivals

But Toyoda likes a challenge and has made a vow to make his company competitive with the German leaders. He is also feeling the heat from Cadillac as they have just introduced the new 2013 Cadillac ATS sports sedan.

According to Drive, the next-generation 2014 Lexus IS will be unveiled next year and will get a complete makeover with a more luxurious cabin and a performance oriented drivetrain. There is even speculation that the new IS could use the already existing GT 86 platform in order to bring out a sports coupe variant, coupe-cabriolet and even a sports wagon and four-door coupe to compete with the new 2013 BMW 3-Series coming out next spring.

The next-gen Lexus IS will likely get some revolutionary powertrain changes. The new sporty IS will come with four-and six-cylinder gasoline engines, and possibly a fuel-efficient hybrid model. And to go along with a new sportier image, we can also expect an IS F high-performance version to compete with BMW's M3 and the Mercedes-Benz C63 AMG. And as we reported here this week, look for a new high-performance sub-brand TMG, to be announced in the next 9 month’s for Toyota and Lexus to launch their new high-performance cars being jointly built with BMW.

The new IS exterior, according to a Lexus insider, says the sports car will be more than just a smaller version of its sibling. The 2014 IS will have a “wider, more aggressive stance, a sleeker profile and the most radical iteration of the company's new ''spindle'' grille to date.” Peter Evans, the corporate marketing manager at Lexus Australia, said, “The Japanese luxury brand couldn't afford a gentle evolution of its popular IS midsize sedan. When you're a challenger brand and you're No.4 in sales, you can't afford to be evolutionary.''

It sounds like Akio Toyoda is planning on some big changes for his Japanese auto company. In order to compete with their German rivals, he will have to be revolutionary in his approach. Look for some exciting new cars to come out of Toyota and Lexus.