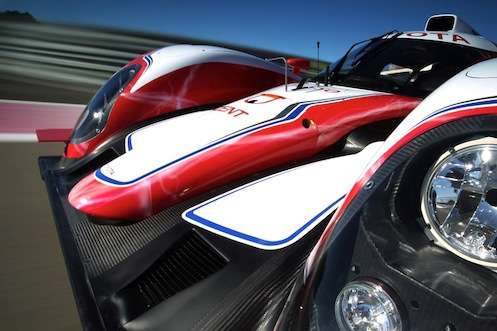 Toyota Motorsport GmbH (TMG) is set to become the high-performance division of Toyota for sports cars coming out of the partnership with BMW.
Advertisement

The recently announced Toyota partnership with BMW that we reported on last week, is becoming clearer with every passing day. The agreement said that the two companies would jointly build the architecture and components for a future sports vehicle. We also know now that the cars will not share a common design, but will retain their own individual brand and character despite jointly developed technologies.

It’s this new brand identity that Toyota is looking to develop that will lead them to use the existing German-based Toyota Motorsport GmbH (TMG) to bring out their new sports cars. Akio Toyoda is first a performance enthusiast and a professional race car driver. He is CEO of Toyota Motor Company second. Toyoda has made it clear that he will change the perception of Toyota by developing new sports cars and he will need a performance division in which to launch those cars.

And what better model to use than that of the German brands that are experiencing tremendous success with their luxury brands and high-performance sports cars. Mercedes-Benz has AMG, and BMW has their high-performance M division. Currently Toyota uses their Toyota Motorsport GmbH facility located in Cologne, Germany to do high-performance testing and development for Toyota racing. In the near future, the strategically located facility, will provide Toyota the performance brand to launch their new sports cars.

As reported by Car Advice, speaking to the media at the Toyota Europe Motorsport facility in Cologne, Germany, Yoshiaki Kinoshita, president of TMG, said the facility would become to Toyota what AMG is to Mercedes-Benz. Kinoshita has been involved in racing for many years and has been has been involved with Toyota as far back as the company’s 1993 Le Man entry.

The TMG president said that the facility in Cologne will be used to develop the new sports cars but wouldn’t give any details on what they are working on. The facility will also be used to tune Lexus vehicles but Kinoshita would not confirm which Toyota or Lexus models would get the TMG treatment in the future.

He did confirm the TMG performance division, however, is actively working on numerous projects, including a Lexus LS460 with a twin-turbo 4.6-litre V8 with around 650 horsepower. Vasselon said, “We are just happy to deliver a fast car, a high performance car. We have started with LS but we may have some other models…”

There are a whole host of possibilities for Toyota’s new TMG performance division. We could see GT 86 and Scion FR-S TMG high-performance versions. And the new sports cars coming out of the BMW agreement will likely fall under the TMG badging. Although it hasn’t been officially confirmed, look for the new TMG high-performance badge from Toyota to be announced in the next 6-9 months.