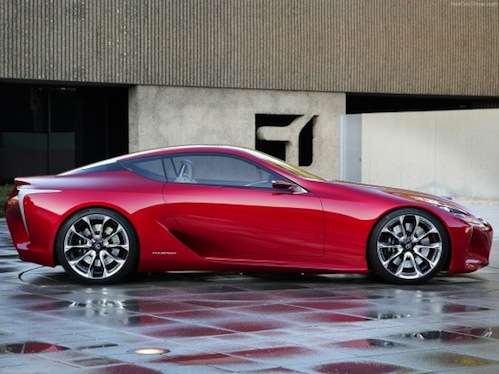 The new partnership between BMW and Toyota could bring back the Supra to the Toyota lineup with a BMW 6-Series architecture.
Advertisement

We reported here four days ago that BMW and Toyota had officially signed an agreement (MoU) that will form a long term strategic collaboration between the two auto giants. The announcement said the two carmakers would work on a “joint development of architecture and components for a future sports vehicle.” While the announcement didn’t give us any details on the new sports car, we know that Toyota isn’t done yet after their joint venture with Subaru that recently produced the Toyota GT 86 and the Scion FR-S.

But according to Auto News Europe, the new agreement could mean that Toyota will develop a new high-performance division or possibly even develop a high-end supercar for the Lexus brand. Toyota’s CEO Akio Toyoda, has been wanting to develop performance oriented cars and change the public's perception of the Japanese company since taking over a few years ago. The GT 86 and the Scion FR-S are just the beginning of his long range plan.

"BMW's strength is in developing sports cars," said Toyota President Akio Toyoda, who is a professional racer himself. "I am excited to think of the cars that will result from this relationship." Auto News Europe reports that the new car that will be jointly developed between Toyota and BMW will not share a common design or be identical like the jointly developed Subaru BRZ, Toyota 86 and Scion FR-S coupes.

A BMW insider has said the plan could provide the basis to bring back the Toyota Supra that was last produced in 2002. The Supra was once the companies performance model before Toyota abandoned the sporty car. The BMW spokesman said the new Supra could even possibly use the BMW 6-Series architecture as a platform for the new car.

"Anything is possible," the senior BMW manager told Autoweek, a sister publication of Automotive News Europe. "The key factor is that the products of both companies retain their own individual character, despite jointly developed technologies." Toyota needs BMW to provide the platform to build the kind of high-performance cars that Akio Toyoda has dreamed about his company producing. Now he has the technology and know-how to make it happen.

A Lexus supercar coming out of the joint venture is also a good possibility. The Lexus LF-LC concept pictured above was unveiled in January at the Detroit auto show. If the new sports car makes it to production, an executive told Automotive News Europe that the car would be priced similar to a Porsche 911 Turbo, which sells for more than $137,500. This could give Akio Toyoda the supercar he has been dreaming of.

Look for the joint venture between BMW and Toyota to spawn a number of new high-performance cars for Toyota to launch under a new performance sub-brand.