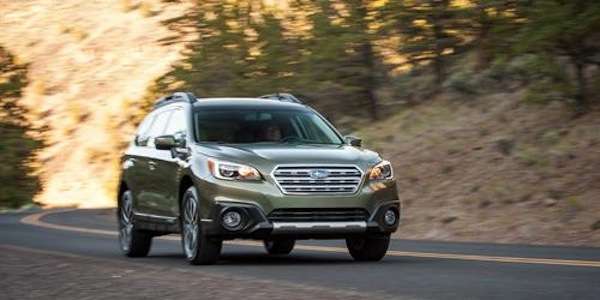 The new 2015 Subaru Legacy and 2015 Outback have been awarded the highest standard of safety from IIHS. Why so much emphasis on safety?
Advertisement

Subaru just keeps rolling out the safest cars year after year and their two newest models, the 2015 Legacy and 2015 Outback have both been awarded the highest standard of safety any car can get. This is not a surprise for the Japanese automaker as they are the leader in producing safe cars. Why does Subaru put so much emphasis on safety?

It’s because safety has been a core value for Subaru since the 60s before these tests were regulated. Subaru has stepped up their game and have a goal to be the undisputed market leader for passenger and pedestrian safety by the year 2020. Consumers who purchase a Subaru vehicle can be assured their car will give them peace of mind if they are ever in an accident. They are the market leader now 5 years before their target date. Subaru now has more 2014 IIHS Top Safety Picks than any other brand. How did they do it?

What does it take to be a Top Safety Pick?

The Insurance Institute for Highway Safety (IIHS) is a nonprofit organization supported by auto insurers in the U.S. The 2015 Subaru Legacy and 2015 Outback have been awarded the highest standard of safety, 2014 TOP SAFETY PICK+ (TSP+) along with the highest possible rating of "Superior" for front crash prevention.

To win TOP SAFETY PICK, 2015 Legacy and Outback received "Good" ratings in all four tests of high-speed front and side crash tests, a rollover test, and evaluations of seat/head restraints for protection against neck injuries in rear impacts. They also had to receive "Good" or "Acceptable" performance in a small overlap front test introduced in 2012. 2015 Legacy and Outback earned the highest possible rating of "Good" in these five IIHS evaluations for occupant protection.

EyeSight beats all other safety systems

EyeSight was the first system ever to use stereo camera technology to detect objects such as vehicles, pedestrians and cyclists. EyeSight made its debut in Japan in 2008 and has been highly praised for its superior operation. The system includes pre-collision braking control and all-speed range adaptive cruise control tracking function.

Subaru wasn’t satisfied with EyeSight being just good, but went back to the engineering department and came up with a new-generation EyeSight that’s even better. New-gen EyeSight incorporates fully revamped stereo cameras that increase viewing angle and range by approximately 40% to further improve preventative safety and driver load-reduction features.

Subaru has the distinction of having more 2014 IIHS Top Safety Pick awards than any other brand. All seven Subaru models including BRZ, Impreza, WRX/STI and XV Crosstrek, have earned 2014 safety awards from IIHS, four with TOP SAFETY PICK, and three with TOP SAFETY PICK+ which now include the new 2015 Forester, 2015 Legacy and 2015 Outback models equipped with optional EyeSight.

One of Subaru’s core values is being dedicated to keeping occupants in their multi-purpose vehicles safe. They may not be the largest or flashiest automaker, but they are rolling out the safest vehicles on the planet. The 2015 Subaru Legacy sedan and 2015 Outback wagon prove they are serious about being the undisputed market leader for passenger and pedestrian safety.