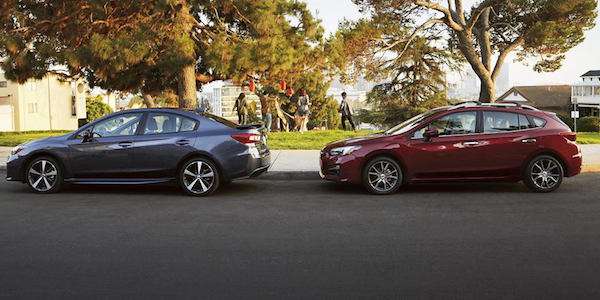 The new 2017 Subaru Impreza is already earning the highest safety awards. The first comes from NCAP in Japan.
Advertisement

The Subaru brand is known for its safety features, and the all-new Impreza compact is already earning top awards. Subaru announced today that its 2017 Impreza sedan and hatchback equipped with Subaru’s EyeSight driver assist safety system, has received the top safety rating in Japan. The Subaru Forester, Outback, WRX S4, Legacy and Levorg models also earned the top safety award. They all get the rating of Advanced Safety Vehicle++ (ASV++) in the new 2016 Japan New Car Assessment Program (JNCAP).

All the Subaru models tested won the highest possible ASV++ rating, with the new Impreza scoring 68.9 points, the Legacy and Outback 68.0 points, the Forester 69.5 points, and the Levorg and WRX S4 68.5 points.

Consumers can be confident that Subaru vehicles equipped with EyeSight, will come with the strongest preventive safety performance available in the auto industry. Since the launch of the JNCAP preventive safety performance assessment in 2014, all of Subaru’s EyeSight-equipped models tested by JNCAP so far have been awarded the highest possible rating.

The Subaru brand is known for their top safety ratings, so it’s no surprise they get the highest rankings in this new Japan assessment. The EyeSight safety system has received praise since it’s inception and Subaru continues to improve it. Now, with the 2017 Impreza’s first-ever pedestrian protection air bag, the vehicle gets even safer. The pedestrian protection air bag will deploy if the vehicle hits a pedestrian, shielding them from the full impact of the collision.

The all-new 2017 Subaru Impreza Sedan and 5-Door models are coming soon and will be launched with the improved Subaru EyeSight safety system. It’s going to be standard equipment on the new Impreza compact car.

Toyota's First EV Will Have a Name of BZ: Toyota BZ
First Videos From Inside The Boring Company's Las Vegas Loop
END_OF_DOCUMENT_TOKEN_TO_BE_REPLACED