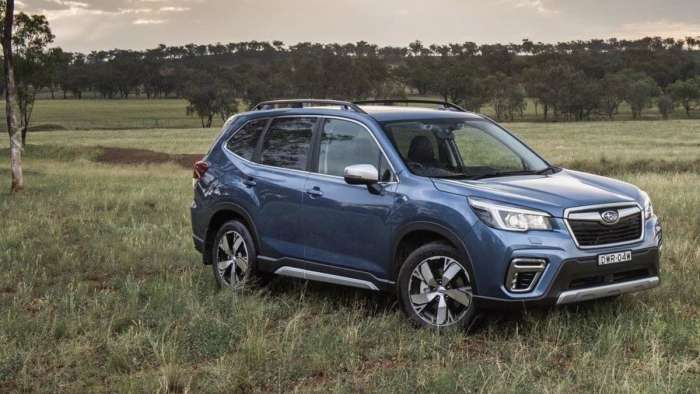 The 2019 Subaru Forester was on the road to the Car Of The Year award but loses to the Volvo XC40.
Advertisement

In Australia, there is one award all automakers covet. Inaugurated in 1963, Wheels Car of the Year is the world's longest continuously running motoring prize for excellence and is Australia’s most coveted motoring award. The new fifth-generation 2019 Subaru Forester ($24,295) made the final five vehicle list but falls just short of getting the prestigious award. The more expensive Volvo XC40 ($33,700) takes the honor.

To be eligible for Car of the Year, the vehicles had to be substantially new, meaning they had to be introduced in the 12 months prior to our cut-off date, and is more than a new engine or trim variant. The 2019 Forester is all-new with 90 percent new parts compared with the previous generation. It rides on the new Subaru Global Platform which improved, driving dynamics, interior room and ride quality.

COTY awards are based on five criteria: Function, technology, efficiency, safety, and value. The newly-redesigned 2019 Forester was up against stiff competition with the Alpine A110, Jaguar I-Pace, Volkswagen Polo, and Volvo XC40. So the 2019 Subaru Forester with its new added safety technology, standard EyeSight driver assist and new DriverFocus with facial recognition had a good chance.

Forester’s strong point may not be about the new safety features, it could be about bringing more value. It is Forester’s starting price of $24,295 and the practical attributes that still rate it high with customers. It’s standard all-wheel-drive, utility, outward visibility, and versatility all rate high with consumers.

Subaru discontinued the 2.0XT turbo model which hurt its chances, and even though styling is not a criteria for COTY, its new exterior facelift struggled to carry favor with the judging panel. Wheels says, “The design is certainly divisive, but otherwise the Subaru is stunningly complete, with loads of character and very few vices. Hopes for the Forester were high heading into Car of the Year 2019 after it bested previous COTY finalists the Mazda CX-5 and Volkswagen Tiguan in a comparison.”

The all-new 2019 Subaru Forester is the brand’s flagship model and best-selling nameplate around the globe. Subaru needs the small SUV to be a hit with global customers as it enters its fifth-generation design. The newly-remodeled Forester is on a good path and it “punched itself a ticket into the final five”, but narrowly misses winning the prestigious Wheels COTY award.

You May Also Like: Subaru Forester Sport Plays Well In The Dirt, Wins Best AWD Compact At Mudfest