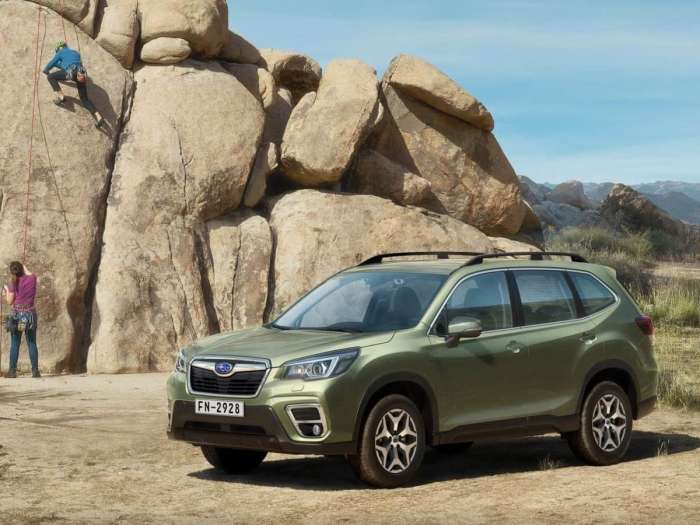 The all-new Subaru Forester gets another global award. This time it’s the “New Zealand Car of the Year.”
Advertisement

Subaru Corp needed the new 2019 Subaru Forester to show up big around the globe and it is. It’s the brand’s number-one selling vehicle and it’s getting more awards for the trophy case. The small SUV received a complete remodel for the 2019 model year and it’s been a hit with customers and journalists. The Subaru Forester gets another global award and has been named the “New Zealand Car of the Year.”

The fifth-generation 2019 Forester SUV was chosen from a shortlist of 10 new vehicles by the NZ Motoring Writers Guild, an independent organization comprised of automotive journalists from a variety of media outlets and regions across the country. The newly-remodeled Forester is the first Subaru to claim the accolade (now in its 31st year) and also only the second SUV to take the prize. The first was last year's winner, the Skoda's Kodiaq.

More awards down under

Forester just made its dealer launch in Australia and wins not one, but two awards down under. Last month Forester picked up the “Best Small SUV 2018” award from Drive.com beating the Volkswagen Tiguan 132TSI 4Motion, Mitsubishi Eclipse Cross Exceed and Skoda Karoq 110TSI.

Also in Australia, the new Forester was compared with four small SUVs in the November edition of Wheels magazine. In this competition, the editors picked Forester 2.5-S over the Volkswagen Tiguan Comfortline, Mazda CX-5 Touring, and Ford Escape ST-Line to rate 8/10 in the comparison.

Forester scores "Auto of the Year" in Russia

The all-new 2019 Forester also made it’s launch in Russia last month and picked up another prestigious award. In the countries largest annual automotive research “Ratings of the Auto of the Year 2018”, voting took place in four segments: “Modern”, “Family”, “Reliable” cars and “Workhorses”. The 2019 Subaru Forester was recognized as number one in the nomination "Modern cars". Also, the crossover entered the top three among the "Family" and "Reliable" categories.

In the U.S., Forester recently picked up the “Best Car to Buy” 2019 award from Car Connection. Forester is the first-ever repeat winner in the award’s 9-year history. Forester won in 2014 when it received a complete remodel in its fourth-generation model.