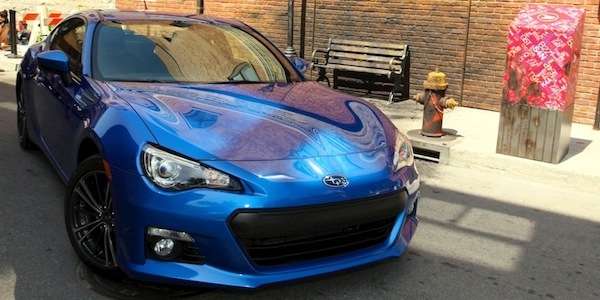 The 2015 Subaru BRZ is a sports car that’s high on the fun to drive meter, and it’s also a safe vehicle on the road. What safety rating did it just achieve?
Advertisement

The Subaru brand is quickly becoming known for building the safest multi-use vehicles on the planet, and now the 2015 Subaru BRZ rear-drive sports coupe follows in that tradition. The two-door sports car has earned the highest safety rating from the Federal government. The highest five star rating comes from the National Highway Traffic Safety Administration (NHTSA). What were the test results?

The 2015 BRZ two-door sports coupe also achieved a ‘good’ status from the IIHS crashworthiness evaluations of front moderate overlap, side impact, roof crush and rear impact. The rear-drive coupe also received an ‘acceptable’ rating in the institute’s front small overlap test. This is the first time the IIHS has rated the BRZ in the small overlap test since it was launched in 2012.

The 2015 Subaru BRZ is an affordable sports car and starts at $25,695. BRZ is high on the fun-to-drive meter and it’s a driver’s sports car that can be driven on the street during the week or taken to the track on the weekends. The 200hp Boxer engine comes mated to a close-ratio 6-speed manual or automatic with steering wheel paddle shifters.

Now the 2015 Subaru BRZ is not only fun to drive, but with the new highest five star rating from the National Highway Traffic Safety Administration, it’s also one of the safest sports cars on the road.