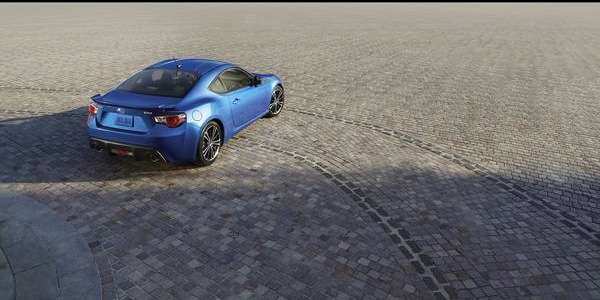 With 2015 BRZ, Subaru has 7 proven models to make you feel secure

The 2015 Subaru BRZ is not only high on the fun to drive meter, but it’s also a safe vehicle. What distinction did BRZ get?
Advertisement

The 2015 Subaru BRZ gets an award for the first time that puts Subaru in a very elite category of having the safest vehicles on the planet. The 2013-2015 Subaru BRZ (models manufactured after December 2013) have been awarded the IIHS 2014 TOP SAFETY PICK award. This brings the total to seven vehicles for the brand that have earned 2014 safety awards from IIHS. That’s something for Subaru to be proud of.

Subaru has more 2014 IIHS Top Safety Picks than any other brand and they are in rarified air when it comes to safety in their entire stable of cars. The 2015 Subaru BRZ is the latest to achieve this safety award and it shows Subaru’s commitment to safety. This makes four Subaru models that have earned TOP SAFETY PICK ratings and three with TOP SAFETY PICK+ including its Forester, Legacy sedan and Outback models with optional EyeSight.

BRZ high on the fun to drive meter

BRZ is a sports car that’s high on the fun to drive meter, and it’s also a safe vehicle on the road. The two-door sports coupe achieved a ‘good’ status in the Institute’s crashworthiness evaluations of front moderate overlap, side impact, roof crush and rear impact. The rear-drive coupe also received an ‘acceptable’ rating in the institute’s front small overlap test. This is the first time the IIHS has rated the BRZ in the small overlap test since it was launched in 2012.

It should be no surprise that the BRZ passed because of Subaru’s commitment to safety that started in the 1960s. Thomas J. Doll, president and chief operating officer, Subaru of America, Inc. said at the time of the news, "We are very pleased that BRZ has joined our other Top Safety Pick models. BRZ proves that it is possible to engineer a car that provides both driving enjoyment and safety.”

The 2015 Subaru BRZ is an affordable sports car ($25,695) that most sports car enthusiasts can afford. BRZ is high on the fun-to-drive meter and is a driver’s sports car that can be driven on the street during the week or taken to the track on the weekends. The two-door rear-drive coupe is tuned and designed to offer responsive and agile handling. The 200 hp naturally aspirated boxer engine has plenty of power to make this an excellent performing sports car. It comes mated to a close-ratio 6-speed manual or automatic with steering wheel paddle shifters.

Now Subaru BRZ is not only fun to drive, but with the new IIHS 2014 TOP SAFETY PICK award, it’s also one of the safest sports cars on the road. This 2015 Subaru BRZ award makes 7 models in the Subaru lineup that will make you feel secure.