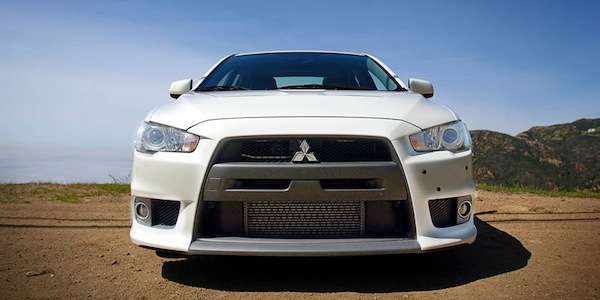 The 2015 Mitsubishi Lancer Evolution is getting ready to make its dealer launch here in the U.S. What’s the future of EVO?
Advertisement

Automotive News says Mitsubishi will send off the the 2015 Lancer Evolution with a more powerful version to reward performance fans here in the U.S. This “Special Action Model” will be built specifically for the U.S. and will come with “extra horsepower and other performance improvements.” AN says that Mitsubishi will limit production to 2,000-2,500 units of the higher performance sedan and they will be built during the final six month’s of production that will end next year.

Upgrades inside and out

ALSO SEE: eVERYTHING About Mitsubishi

Mitsubishi has not announced the 2015 Lancer Evolution “Special Action Model”, but look for the exclusive model to be built later next year. If you are a fan of the high-performance Lancer Evolution, head to a dealer soon because production of the Evolution MR will end in December 2014 and Evolution GSR production will wind down over the course of 2015.

Other 2015 2015 Mitsubishi Lancer Evolution stories of interest.
Special Edition Lancer Evo X could be in the works

Ponderous wrote on August 27, 2014 - 11:59am Permalink
There's but one issue with this - what do we do for parts even 5-10 years from now? It seems to me like a losing bet to buy a discontinued vehicle.
leo wrote on September 16, 2014 - 10:29am Permalink
Mitsubishi won't stop making parts. But in any case if they do. Remember that the evo has one of the largest If not the largest after market spectrum of all performance cars. There is a company that dedicates itself into making the 4b11 from the ground up with upgrades. Ssp and a couple more provide the twin clutch tranny that so far can handle over 600hp. I'd name another 20 that come to mind but it isn't necessary
RC wrote on January 20, 2015 - 1:40am Permalink
Buying my Evo X MR was the biggest mistake ever.... what they don't tell you is that the 10yr warranty is only on things that doesn't break lol yes that's right... and the ACD/AYC pump is not part of the powertrain and will come up with all the excuse to not warranty your transmission and when they do..... oh sir your transmission will cost you $17k now that you're out of warranty
Maryan Krasivskyy wrote on February 3, 2015 - 3:21pm Permalink
It is now, you have extension of AYC pump until 10 years or 160k