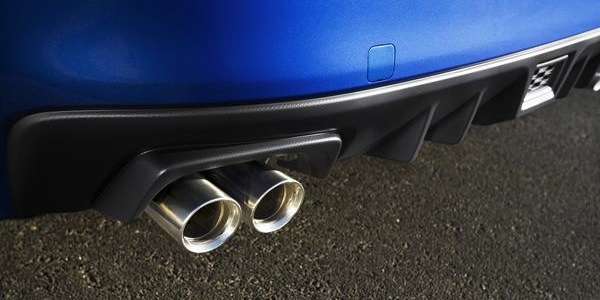 The Subaru WRX STI and the Mitsubishi Lancer Evolution are fierce rivals. Who wins in a head to head battle?
Advertisement

The Subaru Impreza WRX STI and Mitsubishi Lancer Evolution have been fierce rivals in the world of World Rally Championship (WRC) for many years. Both cars were introduced first in their home country of Japan and enjoyed a loyal following until they were introduced in the U.S. market. The EVO made its U.S. launch in 2003 followed by the WRX STI in 2004. World of Speed now offers you the opportunity to experience these iconic cars in a head to head battle.

Both cars are icons

Since day one on our shores, both cars have become icons in the world of performance cars. They both are worthy street and track contenders and have battled it out for decades to see which car would come out on top in a head to head battle. Today, these cars have reached a proverbial fork in the road and Subaru WRX STI is going one way and Mitsubishi Lancer Evolution is going in the opposite direction. The 2015 WRX STI is a new generation performance car with new improvements, the 2015 Mitsubishi Lancer Evolution will be the last EVO ever produced.

It’s been a fierce rivalry since day one

The rivalry between these two Japanese cars has been intense on and off the track. In 2003, Mitsubishi created a site with a countdown clock for their upcoming Lancer Evolution launch for the U.S. market. At the time Subaru was a major competitor of Mitsubishi in the WRC and was not going to be outdone by their rival in the U.S. market. Both automakers has cars that were sporty and offered all-wheel-drive.

But Subaru would not be outdone by Mitsubishi and wanted to upstage their competitor here in the U.S. Even though Subaru had the very capable EJ207 2.0-liter turbo boxer engine, they chose to bring the 2004 WRX STI to the U.S. with a 2.5-liter turbo. The Mitsubishi Lancer Evolution was running a 2.0-liter turbo and Subaru was showcasing a number of technologies making the2.5-liter equipped WRX STI more desirable than the Lancer.

You can drive both cars in WOS

Now fans of both cars can drive the Subaru Impreza WRX STI and the Mitsubishi Lancer Evolution X in the latest World of Speed Dream Drive. WOS says, “Although these manufactures have a lot in common, for 20 years they have been battling for supremacy on rally courses across the globe!” World of Speed offers you the chance to battle it out between these two fierce rivals, the Mitsubishi Lancer Evolution X and the Subaru Impreza WRX STI.