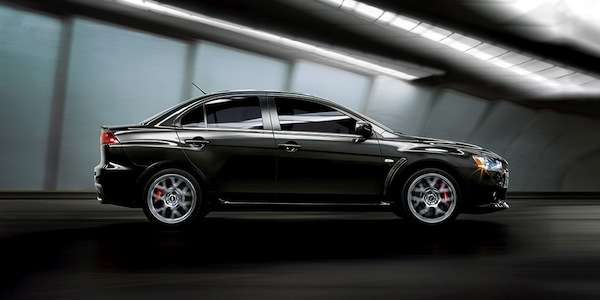 This 2015 Mitsubishi Lancer EVO will be first and last

The 2015 Mitsubishi Lancer Evolution is rolling off the assembly line in July. It will be the first and last.
Advertisement

Most EVO fans are disappointed that Mitsubishi has decided to go in a different direction with the sports car. It looks like the 2015 Lancer Evolution will be the last of this model that is produced. Mitsubishi is likely developing a new performance model, but it could be entirely different with a new name and platform.

Mitsubishi not saying a word

It’s not a surprise that Mitsubishi is being tight-lipped about future EVO plans. Jim Hall, Trivalle Communications (MMNA's PR agency) says, “As for plans beyond the 2015 model year, MMNA cannot discuss anything regarding the Lancer Evolution model at this time. Our future product plans are of a highly confidential nature.”

But we’ve heard that Mitsubishi already is making progress on the next-generation performance car. The Japanese automaker has made great progress in plug-in hybrid technology, and the new-generation Lancer Evolution will likely reflect a new powertrain and platform entirely.

This technology has developed to the point where Mitsubishi is ready to put it into production with a new performance vehicle. Mitsubishi just announced they will be competing at the 2014 Pikes Peak International Hill Climb with a pair of technologically-advanced MiEV Evolution III 100% electric-powered purpose-built racecars.

What do the race cars tell us about the new EVO?

These cars get a significant power increase from the electric motors to 450 kW (603 bhp), up from last year's 400 kW (536 bhp). They come with a redesigned tube-frame chassis with new structural materials for reduced weight. They also have a redesign of the Super All-Wheel Control (S-AWC) system for improved handling and traction control performance.

Most automakers use their motorsports technology that filters down to their production vehicles. Mitsubishi has done this for decades with the rally-bred Lancer Evolution. The MiEV Evolution III 100% electric-powered purpose-built racecars give us an idea to what Mitsubishi has planned for a new-generation performance car. The 2015 Mitsubishi Lancer Evolution rolls off the assembly line next month. It will be the first and last.