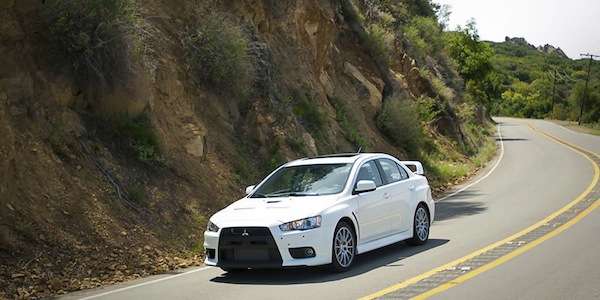 2015 Mitsubishi Lancer Evolution gets price cut for its last hurrah

Mitsubishi announces pricing for the 2015 Lancer Evolution and it gets a price decrease on the GSR. How much of a price drop?
Advertisement

Prices could be much higher

Of course these are suggested retail prices and dealers are free to establish their own markups and margins as the last performance cars from the Japanese automaker hit dealer showrooms. And they might be much more if performance fans storm Mitsubishi showrooms like they are expected to do. The outgoing 2014 models have been selling quickly, and Mitsubishi reported that the performance sedan saw its best sales in August since 2008. While Mitsubishi Lancer sales have dropped YTD, 2014 model EVO sales are the best they have ever been in the last six years. And we would expect the 2015 models should be hot sellers also.

The 2015 Mitsubishi Lancer Evolution removes itself from the performance car race after this tenth-generation EVO is done here in the U.S. This will be the last generation of the rally-bred Lancer Evolution that won four straight World Rally Championship titles. Mitsubishi Motors is going in a different direction with their entire lineup and will now focus entirely on environmentally-friendly cars.

Mitsubishi isn’t doing much for the last performance models GSR and MR. The 2015 Lancer Evolution gets a few upgrades for its last hurrah. All EVO models will feature new heated side view mirrors with turn indicators and drop cup holder with lid. That’s the only changes made to all 2015 Lancer Evolution models in the lineup. Both performance sedans get a few updates to their trim packages.

THIS IS A MUST READ: New more powerful exclusive Lancer Evolution model coming next year

No changes under the hood but a new special edition coming

No changes were made to the competent Lancer Evolution performance drivetrain. It’s still powered by the 2.0-liter turbocharged and intercooled MIVEC 4-cylinder engine, it comes with a rally-bred suspension, Super All-Wheel Control (S-AWC) all-wheel drive system and choice of a short-throw 5-speed manual gearbox or rapid-fire 6-speed Twin-Clutch Sportronic Shift Transmission (TC-SST). Although, Mitsubishi is reported to be bringing a new more powerful “Special Action Model” to the U.,S. with more horsepower and other performance improvements. Mitsubishi has not announced pricing on the model.

ALSO SEE: EVERYTHING About Mitsubishi