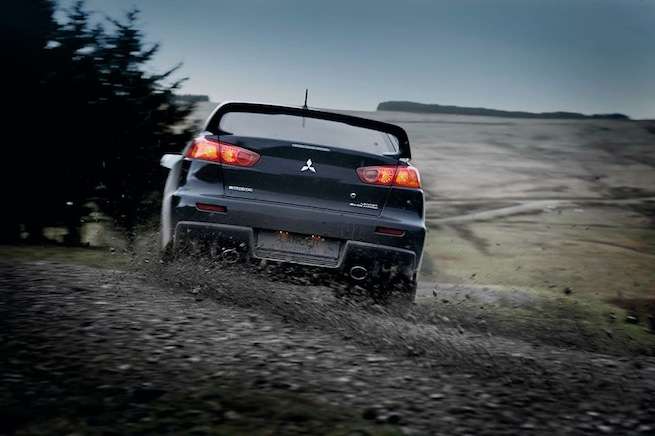 Special Edition Lancer Evo X could be in the works

Lance Bradley, Managing Director of Mitsubishi Motors in the UK sent out a Tweet about a 2014 Special Edition Mitsubishi Lancer Evolution. Is it in the works?
Advertisement

Apparently, Bradley sent out a Tweet saying there was a possibility that a special edition EVO was in the works for the UK, and it created quite a stir in the Mitsubishi EVO community. Mitsubishi Matters had a chance to sit down with Bradley and ask him more. What did they find out?

As Mitsubishi approaches the 40th anniversary next year, it looks like the EVO X will get a special edition model to commemorate the achievement. Bradley told Mitsubishi Matters, “We are considering reintroducing Evo for Mitsubishi’s 40th anniversary next year. One of the things we are looking at doing is a special edition of the Evo as part of the celebrations, partly because both I and my finance director want to have one and we’ve only got one left each! We haven’t got that far in the planning.”

There are already dealers in the UK who know about the special edition model and they want to get their hands on them. Bradley went on to say, “We have already had one dealer who wanted to reserve six and said he had already sold two, even though we haven’t announced anything yet.” The 2014 Lancer Evo already comes with some new high tech upgrades so it will be interesting to see what the special edition models get.

40 Special Edition EVO X models will be the minimum number, but there could be more produced if Bradley can swing it. He is in the process of talking to the factory to see what they can do. “The likelihood is that we will do a special edition of 40 for the 40th anniversary, but we are still thinking about. If we get a really good price we will probably do more than 40, it just depends. We are just in the process of trying to sort it out with the factory so it should be good.”

The performance Mitsubishi Lancer Evolution has been been perfected on the off-road track as Finnish racing legend Tommi Makinen has won numerous championships in the World Rally Championship (WRC). This specialized racing discipline has proven to be the ideal real-world testing grounds for developing Mitsubishi Motors’ exceptionally capable Super All-Wheel Control (S-AWC) all-wheel drive system. Performance enthusiasts around the globe would love to get their hands on one of these special edition all-wheel-drive models.

Although Bradley wouldn’t officially confirm whether the Mitsubishi 40th Anniversary limited edition 2014 Lancer Evolution X will be produced, EVO fans in the UK can begin to celebrate now as the 40th anniversary performance car will likely become a reality. But you better get your order in early if you want one.

LG's New EV Battery Plant Is a Welcome News for Tesla
Tesla Giga Berlin's New Hurdle: It's Not Only the Gov't, but Now Tesla Itself
END_OF_DOCUMENT_TOKEN_TO_BE_REPLACED