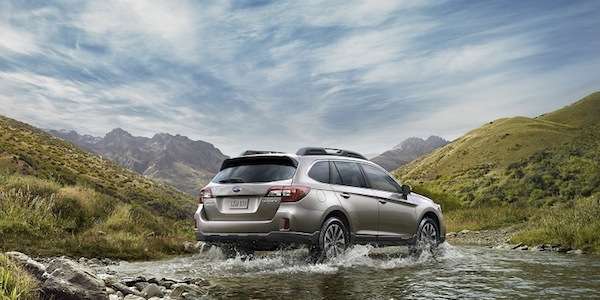 This is Outback’s sixth consecutive win

The award in itself would be a good achievement, but the new-generation Outback gets its first award for the global trophy case but this is the sixth consecutive win for the Subaru wagon. Outback has racked up six of the Canadian awards in a row and it speaks volumes about its enduring core values.

Car Guide is the go-to magazine for new car buyers

Car Guide (Le Guide de l’auto) has been the largest automobile publication in Quebec for 49 years. The Canadian magazine is the publication of choice for those in Canada who are considering a new vehicle purchase. The knowledgeable group of Car Guide journalists have pooled their impressions to determine winners and the Subaru Outback wins again.

Cars are judged in at least nine areas

Best Buys says they use strict criteria to judge the winners in each category. A car or utility vehicle must be evaluated on strict criteria in the categories of price, styling, fuel consumption, comfort, performance, maintenance costs, daily drivability, reliability and resale value among many others. After independent evaluations take place, an editorial consensus is made to determine category winners.

Outback gets better with age

The new 2015 Outback wagon gets five new refinements that make it better than the old model it replaces. The fifth-generation 2015 Subaru Outback comes with a roomier interior, a more capable chassis and higher fuel-efficiency than the old model it replaces. It also comes with a new updated design with a enhanced AWD system and its quieter than ever.