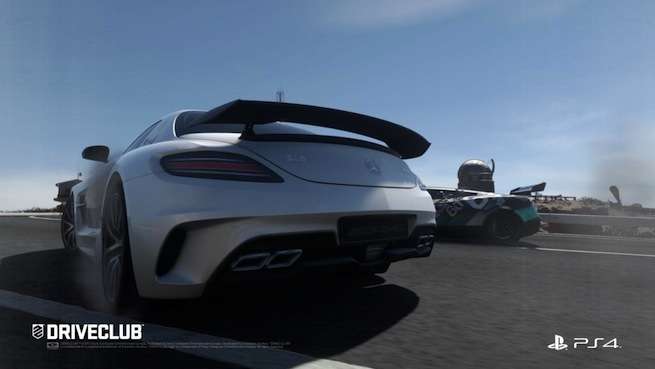 If you are an automaker, how do you reach a new young and modern target group of buyers? Mercedes knows how to market their vehicles well and are introducing five high-performance AMG cars to a new generation of buyers. They will feature the new 2014 A 45 AMG, CLA 45 AMG, the C 63 AMG Coupe Black Series, the SL 65 AMG, and the SLS AMG Coupe Black Series to a new generation of buyers through PlayStation.

In a brilliant marketing move, Mercedes-Benz is introducing their new cars to the young and modern Millennial generation (18-33 years old) through “gaming.” At gamescom in Cologne, Germany Sony Computer Entertainment Europe is introducing the new DRIVECLUB racing game to the European public for the first time.

Young European trade visitors and gamers will have the opportunity during gamescom to experience the new racing game on PlayStation 4 and test the “breathtakingly realistic driving performance" of the Mercedes performance and super sports cars. Mercedes wants to introduce the new A-Class and CLA-Class through the AMG performance brand. The 2014 A 45 AMG and CLA 45 AMG will especially appeal to the Millennials who they are targeting through gaming.

During the entire gamescom show there will also be a real 2014 Mercedes-Benz SLS AMG Coupé Black Series Coupe on hand in Cologne as a key promotional vehicle. In a PlayStation "tweet-to-ride" competition, twitter users can win a ride in the super sports car. This is a great marketing move by Mercedes as the new supercar is sought after by performance enthusiasts around the globe.

The 2014 Mercedes CLA was specifically designed for a new generation of buyers. The new high-powered CLA 45 AMG will give Mercedes a new high-performance vehicle in the compact class and broadens the portfolio of Mercedes-Benz's high-performance AMG brand. The car looks absolutely stunning and enticing. Mercedes says the audiovisual quality of the cars and the tracks is “staggering, and the view from the cockpit is absolutely true to life.”

Mercedes will use a medium that is experiencing vast growth in the area of smartphones, tablets and game consoles like PlayStation. Mercedes-Benz will feature the 2014 A 45 AMG, CLA 45 AMG, C 63 AMG Coupe Black Series, the SL 65 AMG, and the SLS AMG Coupe Black Series to attract new younger buyers to the brand. Look for the latest Mercedes-Benz news here on Torque News everyday.