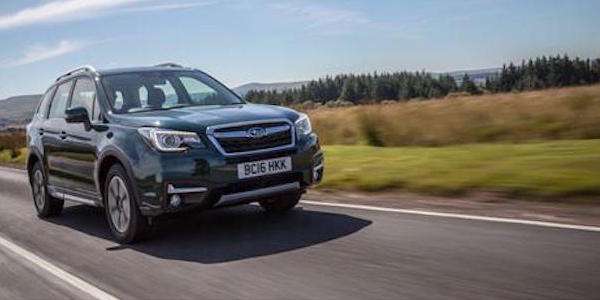 The 2017 Subaru Forester Special Edition comes with the diesel engine which U.S. buyers can’t get. What else sets this model apart?
Advertisement

Subaru UK has announced an exclusive Special Edition 2017 Forester that celebrates a milestone for the Japanese automaker. Subaru is celebrating their 50th Anniversary of the Subaru Boxer engine. UK buyers can get a diesel boxer to power the Forester SUV. What else sets this model apart?

There will only be 100 of these Special Edition Forester’s to make the trip from Japan to the UK. It goes on sale September 1, and comes in gasoline and diesel variants. Both are based on the XC Premium model with the Lineartronic automatic transmission sending power to all four wheels.