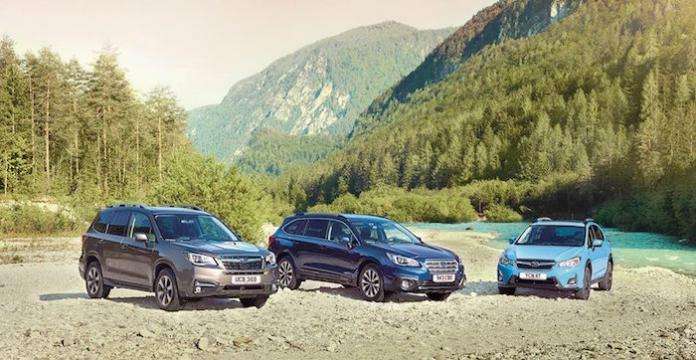 Mazda Has AWD CX-Line; Why They Still Can’t Keep Up With Subaru’s Forester, Outback And Crosstrek

Subaru is handily beating Mazda in the US. Mazda has the CX-line with AWD, why can’t they keep up?
Advertisement

Subaru and Mazda are similar in size, both are independent Japanese automakers, and both are smallish compared with Japanese industry giants, Toyota and Nissan. And both have followed similar U.S. marketing strategies: find a niche and keep exploiting it. Mazda went after enthusiasts who liked its zoom-zoom image, while Subaru doubled down on ultra-practical all-wheel drive. But Subaru's Forester, Outback and Crosstrek are handily beating their Japanese rival's CX-line.

Mazda USA 2017 sales through June are down 2.6 percent versus last year, with 141,624 vehicles sold. The Mazda CX-5 is driving sales for the brand, posting its best-ever June with 9,550 vehicles sold. This number represents an increase of 3.5 percent over June of last year, marking its third recording-breaking month in a row.

Subaru reported year-to-date sales of 304,810 vehicles, a 9.1 percent gain over the same period in 2016. Crosstrek, Forester, Outback and Impreza sales are leading the growth for Subaru as each model achieved its best June ever. The all-new Impreza compact posted an incredible 57.4 percent gain for June leading all vehicles including pickups and SUVs in total percentage of growth.

Mazda reports a majority of customers choose the AWD option, with 61.1 percent of CX-line vehicles sold in June being equipped with predictive i-ACTIV All-Wheel Drive. Subaru’s entire lineup except for the rear-drive BRZ sports coupe, comes standard with all-wheel-drive and this is where they’ve created their niche. They do one thing, and they do it better than anyone else, including Mazda.

The Subaru brand has a single-minded focus of all-wheel-drive, safety, and the boxer engine. They’ve created a lineup of sporty “go-anywhere” multi-purpose vehicles that are appealing to a new customer who leads an active lifestyle, wants safety, and looking for low cost-to-own.

Subaru is humming right along

According to nikkei.com, Subaru saw its operating profit rise 10 percent in the second quarter compared to a year before because of brisk sales in the U.S. Subaru cut its sales incentives to dealers to less than a third of the industry average. It also kept its plants operating at high rates.

In contrast, Mazda saw its operating profit shrink 30 percent in the same period because of stagnant sales for the Mazda6, pushing down the number of Mazdas sold in the U.S. by 10 percent in the quarter. This is despite strong sales of the revamped CX-5 SUV, released this spring in the U.S.

A big difference between Subaru and Mazda is, Mazda's retention rate for owners is near the bottom of the industry at about 34 percent. Two of every three Mazda customers aren't repeat buyers. Subaru has an extremely loyal fan base and has one of the highest customer retention rates in the auto industry. Subaru also lures buyers from other automakers at a higher rate than any other automaker in America. Experian Automotive’s Q2 2016 Automotive Briefing says, Subaru added nearly 3.5 times more customers than it lost to other brands in 2016.

For whatever reason, Mazda owners don’t return and the Japanese automaker isn’t getting new customers. Subaru customers keep coming back and they are picking up conquest buyers at a 60 percent clip. Subaru’s Crosstrek, Forester, and Outback are outselling the Mazda CX-lineup. Subaru has found a way of connecting with their current customers, and they are attracting new buyers better than Mazda.