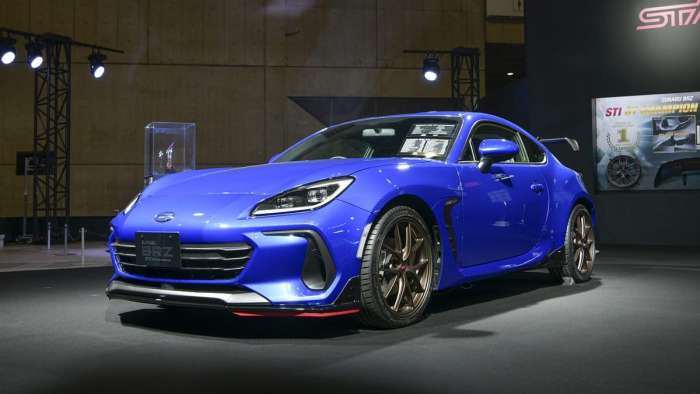 A 2023 Subaru BRZ special edition performance model is likely coming. Check out a preview of the BRZ STI from the Tokyo Auto Salon.
Advertisement

The all-new next-generation 2022 Subaru BRZ is here, and it's already a big success. It's selling as fast as dealers can get them in the U.S., and the first BRZ allocation in Australia is already sold out. In December, the 2022 BRZ set a new sales record in its first full month in the U.S. market.

With the success of the second-generation BRZ sports coupe, Subaru doesn't need to offer a higher-performance STI version yet. But Subaru and Subaru Tecnica International, Subaru's performance and motorsports partner, brought a new BRZ STI performance car to the Tokyo Auto Salon that wrapped up this weekend. 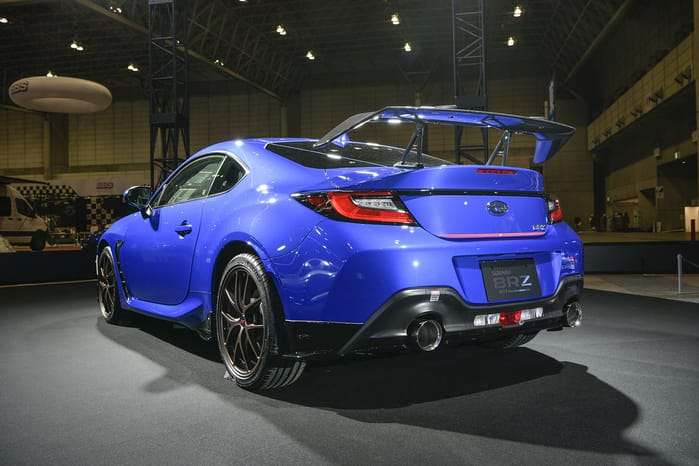 The BRZ STI was overlooked at the Tokyo show because of the all-electric STI E-RA concept with 1,073 horsepower that is getting ready to set a Nurburgring world record next year. The 2023 Subaru Solterra STI all-electric compact SUV was another model that received most of the attention last weekend.

But both models are concepts and will not make it to production. Subaru says the BRZ STI is a custom car, and it could be a production model sometime next year as a 2023 model. 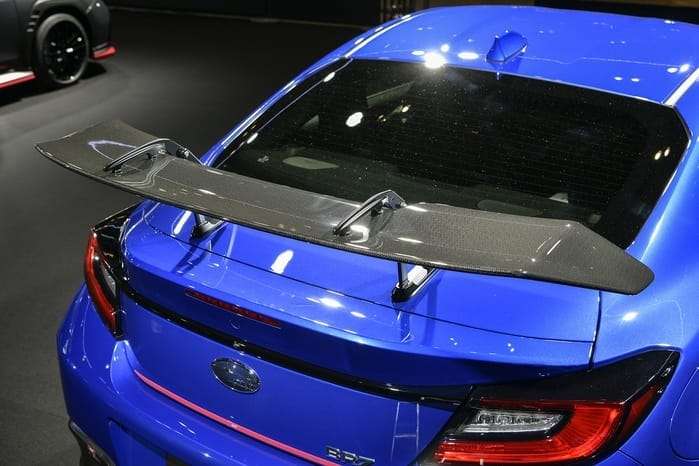 The Subaru BRZ tS (tuned by STI) and the BRZ Series.blue special edition models are two examples. Neither had any engine upgrades, and modifications were limited to the suspension.

Will Subaru ever produce a turbocharged BRZ STI?

Don't look for a turbocharged BRZ STI. Subaru of America's Car Line Planning Manager, Todd Hill, said recently, The BRZ sports coupe is already perfectly balanced with the boxer engine sitting low in the chassis, and a turbo would change it.

The new 2022 Subaru BRZ Premium with a 6-speed manual gearbox has a starting price of $28,955. BRZ Premium with an automatic transmission starts at $30,555. The Limited (6-speed manual) has a starting MSRP of $31,455. The Limited with an automatic transmission starts at $33,255. All pricing includes destination and delivery fees.

Subaru of America will get a special edition next-generation Subaru BRZ, but it won't be turbocharged. Subaru and Subaru Tecnica International will upgrade the exterior and the suspension for additional performance similar to the show model.

The 2022 Subaru BRZ STI performance model they brought to the Tokyo Auto Salon is a forerunner of a new limited edition model. Look for Subaru to offer it to U.S. performance enthusiasts, but not until the next-generation BRZ's newness rubs off.