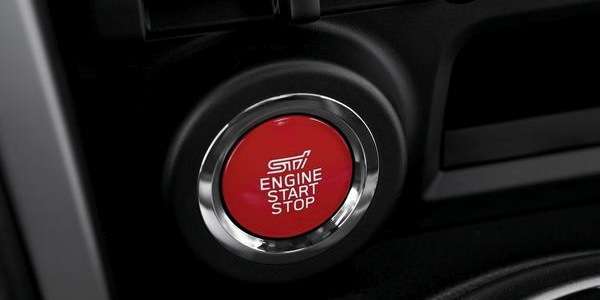 2015 Subaru BRZ Series.Blue Review: Is this a forerunner to a BRZ STI?

The 2015 Subaru Series.Blue is exclusive and sets itself apart for the standard BRZ sports coupe. What makes it special?
Advertisement

For less than $26,000, the 2015 Subaru BRZ offers more fun per dollar than anything else on the market. That’s what Subaru and Toyota were hoping when they made the wise decision to collaborate and build a two-door rear-drive sports car back in 2012. The two Japanese automakers produced an affordable sports coupe for the average driving enthusiast. Subaru provided the drivetrain and Toyota provided most of the design of the sporty coupe. They came up with a winning formula that we see in the 2015 BRX Series.Blue that we’ll be testing this week.

What is a 2015 Subaru BRZ Series.Blue? This a Special Edition model that is all-new for the 2015 model year. Only 1000 U.S. examples of this special edition BRZ will be available for $29,490 plus $795 destination. Subaru will offer 500 BRZ Series.Blue painted WR Blue Pearl and 500 in Crystal White Pearl and it will only be available with a six-speed manual transmission. What do you get for the extra $1,795.00 for the special edition package?

What sets this BRZ apart from the standard 2015 BRZ is that BRZ Series.Blue features aerodynamic enhancements that will make the two-door coupe slip through the wind easier. It comes with black STI front, side, and side-rear under spoilers, which will keep all four corners of the sports car firmly planted at high speeds. This special edition BRZ coupe also gets red-finish brake calipers that can be seen peaking out behind the spokes of the special black painted STI wheels. It also comes with a special red illuminated engine start/stop button with an STI logo.

Getting inside the BRZ Series.Blue, we can see a number of special treatments that don’t come on the standard models. The 1000 Special Edition 2015 Subaru BRZ Series.Blue coupe’s get special trim and details. It sports leather and Alcantara upholstery that includes blue leather seat bolsters and head restraints. The unique color continues with Blue stitching accents on the seats and the blue and black leather-wrapped steering wheel, as well as the shift lever boot and leather-wrapped parking brake handle.

The special treatments continue to the center console kneepads and door trim, that are accented by an embroidered silver BRZ logo on the front seatbacks. The BRZ logo and blue stitching are also seen on the carpeted floor mats. It also comes with a frameless day/night rear-view mirror and simulated carbon fiber center dash panel trim that we also see on the 2015 WRX and WRX STI.

Series.Blue is still powered by the Subaru boxer naturally aspirated 2.0-liter four-cylinder engine. So just because we push an STI start/stop button, this is not an STI-enhanced engine. It still produces a respectable 200 horsepower and 151 pound-feet of torque. It’s potent enough when paired with the 6-speed manual and well-designed chassis and suspension, it’s offers an engaging driving experience.
Because the Subaru boxer engine is tucked low and farther back in the chassis, this gives BRZ a very balanced design. This equates to a lower center of gravity for almost ideal balance and handling characteristics. It comes with the same performance-oriented features that include a front MacPherson front suspension, double-wishbone rear suspension, and ventilated disc brakes on all four corners.

Behind the wheel of Series.Blue

This is where it gets fun for anyone who gets behind the wheel of the two-door BRZ sports coupe. Even though performance fans have been wanting a more powerful BRZ from the factory, BRZ Series.Blue has plenty of power for the average driver. It’s not going to snap your neck back with quick acceleration, but what do you want for $29,000? On the road, this sports coupe’s power is adequate for just about any driving situation. We tested the rear-drive sports coupe at altitude in Evergreen, Colorado which leaves the car a bit underpowered because there’s no turbo here to help generate power in the thin air. But for those living at sea-level, BRZ has more than enough power to have a boat load of fun on the street or track.

BRZ comes with a sport-tuned suspension for sporty driving dynamics which makes for a rough ride over speed bumps and rough roads. This Series.Blue tester comes with 17-inch STI Black finish wheels with 215/45 R17 summer performance tires which could contribute to the rougher ride and some wind noise at higher speeds. But where the this rear-drive coupe excels is being extremely well balanced in the corners where we felt nearly no body roll while taking tight mountain corners west of Denver at high speeds. There is a five-mile curvy stretch of mountain road where we gave the sports coupe a good test.

BRZ is impressive when pushed hard in the curves, and it’s an ideal car to take to the track. Series.Blue only comes with a six-speed close-ratio standard gearbox and it’s the best choice for driving enthusiasts. The shifter strikes a nice balance between easy to shift without feeling sloppy. The clutch is smooth and works in synch with the throttle and shifter for an engaging driving experience. With its front engine and rear-drive configuration, Subaru and Toyota struck on the perfect combination for those who like a more engaging driving experience.

For those wanting a great commuter car during the week that offers good fuel mileage, BRZ makes the commute very enjoyable. This week we drove the car on the highways around Denver, and the tester was a great car to slip through traffic. We went to lunch in the trendy Highlands area where parking is difficult to find, and we squeezed in a tight street parking spot easily. EPA fuel economy estimates for the 2015 BRZ Series.Blue is the same 22/30 mpg city/highway with the manual gearbox.

Is this a forerunner to a BRZ STI?

Is this a forerunner of the BRZ STI that BRZ fans have been waiting for? It looks like it has a lot of STI goodies but without the STI engine upgrades. Sorry, STI fans, it still comes with the 200 horsepower 2.0-liter naturally aspirated boxer powerplant. But this Special Edition 2015 BRZ Series Blue does get other STI goodies that it makes us wonder if Subaru is getting close to producing the full BRZ STI performance model.

The 2015 Subaru Series.Blue comes with extra STI treatments both inside and out that sets it apart. But it’s not an STI and comes with the standard 2.0-liter naturally aspirated powerplant. If you want the special edition model, you’ll have to shell out an extra $1,795 for one of the 1000 limited models. For our money, we’d buy a standard 2015 BRZ and find a local tuner to upgrade the 2.0-liter with a turbo.

The Special Edition 2015 Subaru BRZ Series.Blue is available in dealer showrooms now. But BRZ performance fans will have to wait a little longer for the BRZ STI.

JON wrote on October 23, 2014 - 10:23am Permalink
if they are going to gibe it the STi name they should should have given it the 2.5L turbocharged motor!!