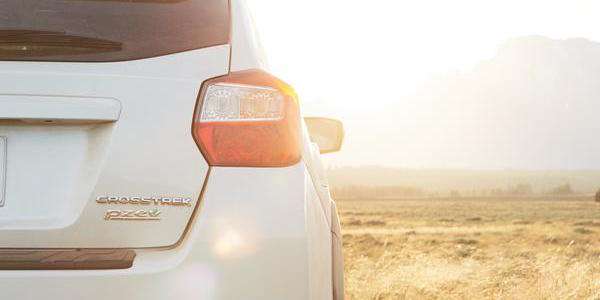 KBB Says Subaru Vehicles Depreciate Less than Any Car Brand in America; What Other Category is Subaru the Best?

Kelly Blue Book says Subaru vehicles depreciate less than any car brand in America. What other category is Subaru the best?
Advertisement

The Subaru brand scores the best in two major categories in Kelly Blue Book’s 5-Year Cost to Own Awards and second in another. Subaru is rated the Best Brand for 5-Year Cost to Own Awards and the 2017 Crosstrek crossover wins in the Best Compact SUV/Crossover category. The 2017 Toyota 86, which is the twin to the Subaru BRZ, gets the top award in the Best Sports Car category and the 2017 Subaru BRZ sports coupe takes second place.

What do the awards mean for consumers? Subaru’s overall vehicle lineup incurred less depreciation than any other automaker, and offered superior fuel efficiency over all other car brands in America. Consumers can expect lower costs in the first 5 years of owning a Subaru vehicle. This is based on analysis of Kelley Blue Book’s 5-Year Cost to Own information for 2017 model-year new vehicles.

KBB gives Subaru the Best Brand award because they have outstanding ownership costs across their entire lineup. Other models driving Subaru’s success include the 2017 Outback wagon and 2017 Forester SUV. This is the second time Subaru has received the overall honor from Kelley Blue Book, when the brand was first recognized in 2015.

Why did KBB award Subaru the Best overall brand?

In addition to Subaru’s top safety record and long-term reliability, Kelly Blue Book was impressed with Subaru vehicles getting more fuel-efficient, more stylish, tech-savvier and roomier over the past several years. KBB says, “The Subaru brand is strong and getting stronger. Famously favored by drivers living in the north and at elevation, Subaru's cars and SUVs are increasingly appealing options in the rest of the country. Increased appeal leads to increased used car values, which helps drive down total ownership costs for new-car buyers and helps Subaru reach the top of this mountain again.”

Consumers will incur less depreciation, and have lower fuel mileage costs when they buy a new Subaru vehicle. Subaru takes the overall Best Brand by Kelly Blue Book for 5-Year Cost to Own Awards for the second time in three years. The 2017 Subaru Crosstrek scores the Best Compact SUV/Crossover and the 2017 Subaru BRZ takes second in the Best Sports Car category.