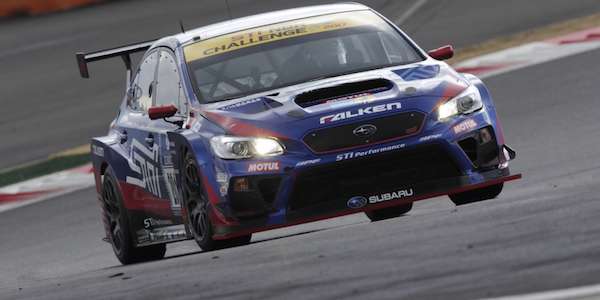 How the Subaru WRX STI was Born; Credit it to STI’s “Spirit of Challenge”

How was the performance-oriented Subaru WRX STI born? Credit it to STI’s “Spirit of Challenge”.
Advertisement

The 2018 Subaru WRX STI launches this summer in showrooms around the globe, but what is the high-performance sedan’s heritage? It all started in 1988 when Subaru Tecnica International (STI) was born. Subaru’s sporty and high-performance nature comes from their motorsport division run by STI located in Tokyo, Japan.

Subaru Tecnica International (STI) was born on April 2, 1988 and they had one purpose, develop and manage Subaru’s motorsports activities, and change the culture to a “Spirit of Challenge.” Just after its inception, STI got to work and immediately set the new spirit in motion. STI set a new 100,000 km world speed record in Arizona with the first-generation Legacy sedan. They changed the compact car landscape forever.

STI then entered the World Rally Challenge (WRC) in 1990 with the Legacy sedan and the new spirit evolved into a full-fledged global challenge. It only takes a few years and Subaru wins a title in 1993. The Legacy is retired quickly and the new Subaru Impreza enters the race.

Two years later, in 1995, Colin McRae clinches a double title to win the drivers’ and manufacturers’ championship in the Impreza, then Subaru went on to win three consecutive World titles in 1996 and 1997. Subaru then launched their first performance car in 1998, the premium limited Impreza 22B STI Version. They followed that with the first “S” model, Impreza S201 STI. The performance car is an instant hit with fans.

Subaru continues their motorsports activities and Richard Burns wins the WRC drivers’ title in 2001, followed by Petter Solberg in 2003. Their fan base grows around the globe and Subaru capitalizes on their racing success with the Impreza as it evolves into a world-class sports sedan. STI continues to ambitiously launch more special Subaru cars, and releases the Impreza S203 followed by the Tuned by STI series paving the way for the “ts” series (Legacy tuned by STI).

The WRX STI is born

Next comes the “R” series that had a sportier “hard-edged style”, and STI continues to transfer their motorsport knowledge and technology into the new Subaru production sports cars. The first WRX STI is born and Subaru ships the first performance model to America in late 2003. STI develops the exclusive 2005 Impreza WRX STI Japan-spec C Type RA. That same year, Toshihiro Arai becomes the first Japanese FIA World Champion in the four-wheel category. Subaru pulls out of WRC in 2008 and STI finds a new challenge and entered the Japan Super GT championship in GT300 class in 2009. More on Page 2.

Subaru and STI enter the world motorsport stage again in the grueling Nurburgring 24-hour race with the WRX STI, and it doesn’t take long for the performance car to win big again. They clinched the class win in 2011 and again in 2012. The Subaru WRX STI has won the Nurburgring 24-hour SP3T class the last two years in-a-row in 2015 and 2016.

STI’s involvement with Subaru continues to develop the brand’s “Spirt of Challenge” and has given performance enthusiasts the continually-evolving 2018 WRX STI high-performance sedan. This spirit from STI filters down to all Subaru cars and gives the Japanese automaker its sporty and performance-oriented nature. Fans want to see changes made to the engine of the WRX STI, and want the hatch body style back. STI isn’t finished as their spirit will continue to infuse the performance model. The story continues.