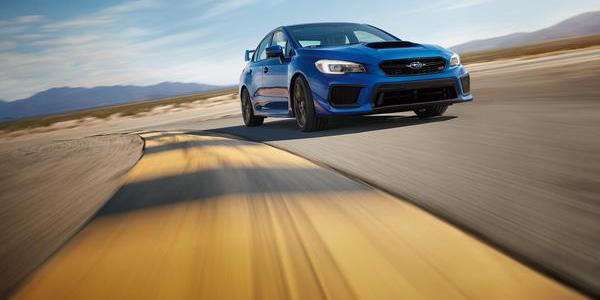 The 2018 Subaru WRX STI gets new upgrades and it will now be sold on a new continent. Where is the STI going next?
Advertisement

The newly-redesigned 2018 Subaru WRX STI will now be introduced to a new generation of performance enthusiasts on a new continent. The newly-upgraded WRX STI and its stablemates will now be sold in South America for the first time. Subaru’s Australian distributor and retailer, Inchcape plc, has announced the acquisition of a multi-country scale distribution business in South America. The Subaru brand will now be sold in the company’s existing markets of Chile and Peru and enter the new markets of Colombia and Argentina.

Inchcape will build on their long-term partnership with Subaru in Australia and New Zealand where the WRX STI performance car has a long and storied history in motorsports. Now they will become the leading South American distribution partner for Subaru, introducing the performance sedan to South Americans.

As the Subaru brand continues to expand globally, the WRX STI will likely attract a new generation of STI loyalists in South America, like it has in North America, Australia and Europe. Subaru Australia’s Managing Director, Colin Christie, said, ”Inchcape’s acquisition of a scale distribution platform in South America marks an exciting development for the company as we continue to expand globally.”

Australia is Subaru’s third largest global market with 47,018 vehicles sold. The U.S. market is number one, and Canada second in global sales. The Subaru WRX STI is popular down under, and it’s a direct result of the WRX having a rich race history in the World Rally Championship (WRC).

The WRX/STI is more popular than ever in Australia. Subaru owes a lot to the country down under for what they've done for the performance car and their brand of all-wheel-drive vehicles. Now, Inchcape, who is highly experienced in South America, with 30 years automotive distribution in the region, will launch the 2018 Subaru WRX STI and the Subaru brand in South America in Chile, Peru, Colombia and Argentina. A new generation of performance enthusiasts, on a new continent, will get to experience the performance model.