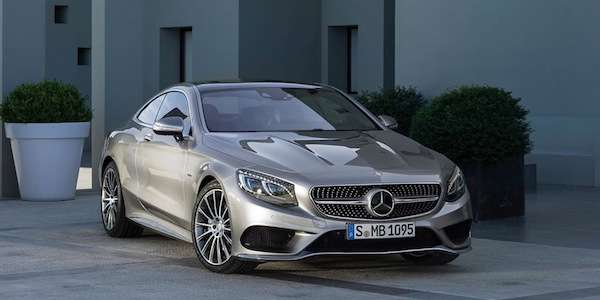 How Apple’s CarPlay will revolutionize the driving experience

Mercedes-Benz, Ferrari and Volvo will be the first automakers to debut the new Apple software called CarPlay at the Geneva Auto Show.
Advertisement

Apple announced today at the Geneva International Motor Show that their new product called CarPlay will make its global debut in Mercedes-Benz, Ferrari and Volvo cars at the show. These will be the first automakers to roll out Apple’s new CarPlay software and the world will see the first demonstrations of the new technology. Apple is calling CarPlay “the smarter, safer and more fun way to use the iPhone in the car.” This new technology will revolutionize the driving experience.

Apple says Mercedes-Benz, Ferrari and Volvo will be the initial major automakers to premiere the new software in their cars, but there will many more to follow soon. Additional auto manufacturers bringing the new CarPlay software to their customers soon will include BMW, Ford, GM, Honda, Hyundai, Jaguar Land Rover, Kia, Mitsubishi, Nissan, PSA Peugeot Citroen, Subaru, Suzuki and Toyota. Just about every automaker along with the big technology companies, including Google, Microsoft, Apple and IBM are vying for a market share in this competitive industry. But Apple is the leader in the technology that will change the way we view the automobile.

How does CarPlay work?

It’s a new software operating system from Apple designed to allow drivers easy access to functions like phone calls, text messages, maps, music, and Siri, all through the car’s dashboard. And this is just the beginning of a “massive evolutionary step” in the automobile industry. This new technology has the ability for vehicles to be monitored or even controlled by a central computer.

Greg Joswiak, Apple’s vice president of iPhone and iOS Product Marketing, said, “CarPlay has been designed from the ground up to provide drivers with an incredible experience using their iPhone in the car. iPhone users always want their content at their fingertips and CarPlay lets drivers use their iPhone in the car with minimized distraction. We have an amazing lineup of auto partners rolling out CarPlay, and we’re thrilled it will make its debut this week in Geneva.”

This new “iOS in the Car” in-car software will change the way we look at automobiles from now on. Our cars will become rolling offices as this new CarPlay rolls out in cars in the near future. Drivers can connect their iPhone to their vehicle with CarPlay integration and from there, Siri helps access the drivers contacts, make calls, return missed calls or listen to voicemails.

Apple says when incoming messages or notifications arrive, Siri provides an “eyes-free experience” by responding to requests through voice commands, by reading drivers’ messages and letting them dictate responses or simply make a call. CarPlay will also be able to give routing instructions based on recent trips via contacts, emails and texts. The new Apple software also gives drivers access to all of their music, podcasts, audiobooks and iTunes Radio by simply asking Siri what you’d like to hear.

How soon will it be available? Apple says CarPlay is available as an update to iOS 7 and works with Lightning-enabled iPhones, including iPhone 5s, iPhone 5c and iPhone 5. CarPlay will make its debut in Mercedes-Benz, Ferrari and Volvo at the Geneva Motor Show this week, and will be be available in “select cars” shipping in 2014. This new CarPlay technology will revolutionize the driving experience.

Other Mercedes-Benz technology related stories of interest.
How Apple’s “iOS in the Car” could change the way we view automobiles
Is the 2015 Mercedes-S-Class Coupe the most intelligent car in the world?
Entry-level CLA-Class coming soon with remarkable technologies [video]