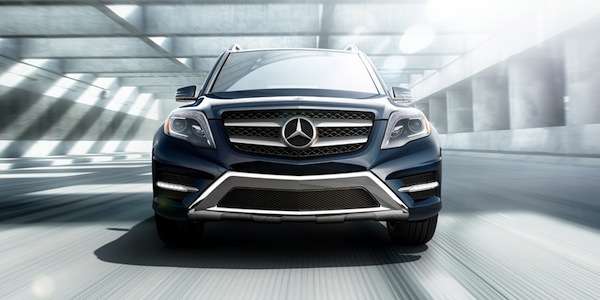 Reports says Apple’s “iOS in the Car” will be unveiled at the Geneva Motor Show 2014 in Mercedes-Benz, Ferrari, and Volvo. Will it be a game-changer?
Advertisement

If reports are accurate, Apple’s “iOS in the Car” in-car software will be unveiled at the Geneva Motor Show this week. And this new software could be a game changer for Apple as they transform the way we use the automobile in the near future. The Geneva Motor Show runs from March 6-16 and reports from Apple Insider say “iOS in the Car” will make its big debut some time during the show in Switzerland.

It’s reported that the new Apple’s “iOS in the Car” in-car software will be unveiled at the Geneva Motor Show this week in a Mercedes-Benz, Ferrari, and Volvo models. It looks like Apple is ready to launch the new software that will change the way drivers interact with their car and technology. This could be a game-changer for Apple as competition for a market share in tomorrow's smart cars enters an intense period.

And it looks like the competition will also be intense with automakers. Mercedes-Benz, Ferrari, and Volvo seem to be the leaders in the field and will have the first cars at the the Geneva Motor Show to be unveiled with the new technology from Apple. Just about every automaker along with the big technology companies, including Google, Microsoft, Apple and IBM are vying for a market share in this competitive industry.

What is exactly is “iOS in the Car?” It’s a new software operating system from Apple designed to allow drivers easy access to functions like phone calls, text messages, maps, music, and Siri, all through the car’s dashboard. And this is just the beginning of a “massive evolutionary step” in the automobile industry. This new technology has the ability for vehicles to be monitored or even controlled by a central computer.

Initially, “iOS in the Car” will turn “in-car intelligence” systems into an altered version of the iPhone. But the big advantage for cars like Mercedes-Benz is that the technology will all be hands free. It will have all the capabilities of the smart phone while allowing drivers to keep their hands on the wheel and their eyes on the road while texting friends, making phone calls, selecting an album to play through the car’s sound system, and more.

This could change the way we view the automobile in the near future. A new generation of buyers will be able to stay connected. International CES, Audi chairman Rupert Stadler described automobile connectivity as a "real mega trend" and said, "if mobility used to be about connecting places and people, it is now about connecting the driver with the car, the car’s surroundings, the traffic infrastructure, and all of the other connected elements of their life." He also said that connected automobiles will "become the largest social mobile devices we own." iOS in the Car is taking the first step in that direction.

If the report from Apple Insider is correct, “iOS in the Car” will make its big debut this week in Geneva. The first demonstrations of the new technology will be done with new car models from Mercedes-Benz, Ferrari, and Volvo. These automakers will function as Apple’s first automotive partners in this new venture and will be ahead of this new technology curve. It appears that we are just days away from seeing “iOS in the Car” in action.