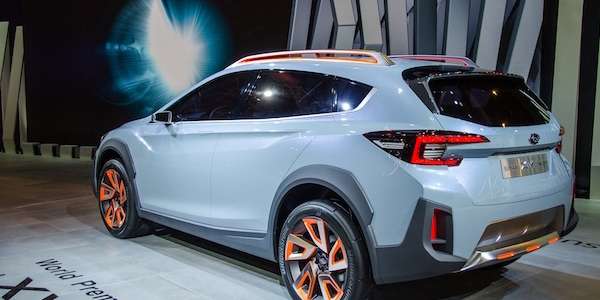 In 2017 Subaru will launch 2 new models, unveil a new 3-Row Crossover and a few refreshes are on tap.
Advertisement

Here’s what’s coming from Subaru in the New Year. The big news in 2017 will be the new 2018 Crosstrek rides on the new Subaru Global Platform. The 2017 Impreza was the first to get it, now its stablemate, the Crosstrek crossover is next to get updated. It’s the next vehicle in the lineup to get a complete remodel. Here’s what consumers can expect in 2017.

The new-generation 2018 Crosstrek exterior will feature new exterior styling and get an aggressive facia like the XV Concept unveiled at the Geneva Auto show last March. It will likely feature a longer travel suspension and the interior will also resemble the new 2017 Impreza.

The all-wheel-drive crossover will grow slightly in size, ride on an all-new platform, and enjoy better fuel economy with a new direct-injection 2.0-liter boxer engine. The new-gen powerplant will come with increased horsepower to 152 from 148. Expect fuel economy to increase slightly too. It will also come with several Eyesight upgrades, including the addition of Lane Keep Assist, High Beam Assist, and Reverse Automatic Braking when an obstacle is detected backing up.

The Crosstrek will get new fuel-sipping technology. New hybrid technology is being developed now. Subaru says the new hybrid Crosstrek has been in the works for quite some time. The hybrid model will arrive later in the year after the new-generation Crosstrek gas model makes its dealer launch. Look for new technology improvements over the outgoing 2016 Crosstrek hybrid model.

A new Subaru 3-Row crossover is already in the developmental stages and it should be ready to be unveiled in late 2017 as a 2018 model. It’s being built at the Subaru plant in Lafayette, Indiana and will be the largest vehicle Subaru has ever produced. It’s being designed specifically for the North american market and won’t be sold anywhere else around the globe. 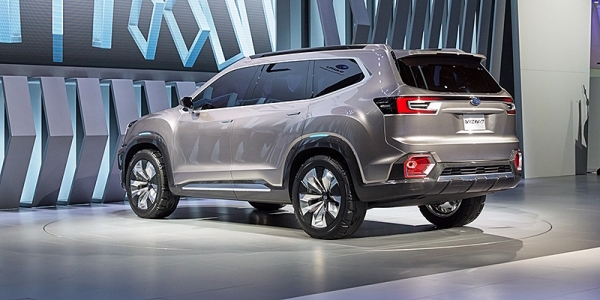 The Subaru BRZ and the Toyota 86 twins are scheduled to get a remodel soon and should arrive in 2017. Subaru will be unveiling new STI concepts and will unveil a BRZ STI Sport Concept at the Tokyo Auto Salon this month. Performance fans could see a new-generation 2018 BRZ STI with styling upgrades. Don’t look for a turbo model. Subaru has ruled out a turbocharged version of the BRZ sports coupe because of turbo, intercooler and crash test incompatibilities. More on Page 2.

Subaru could also launch other new STI-enhanced models in the new year. The Subaru WRX, WRX STI, Legacy, Forester and Outback will all get minor refreshes for 2018. Fuji Heavy Industries (FHI) maker of Subaru automobiles, will officially change their name to Subaru Corporation in April, 2017. Subaru will be putting more focus on their all-wheel-drive lineup . There’s a lot coming in the New Year. Stay tuned.