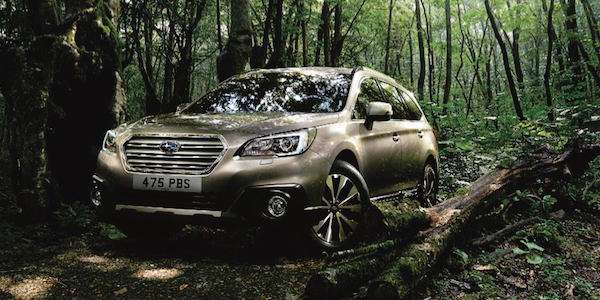 The new 2016 Subaru Forester is launched in the UK. Would you like the turbo-diesel with a 6-speed manual gearbox option?
Advertisement

Subaru UK just released the new 2016 Forester and it comes with revised exterior and interior styling, additional soundproofing, safety improvements and new steering responsive headlights. These are the same upgrades on U.S. models. But it comes with the a 147 PS 2.0D turbo-diesel engine option and UK consumers can also get the 6-speed manual gearbox on the new 2016 Forester.

The Europeans and Australians get these additional models that U.S. consumers will never see shipped to dealers for their consumption. North American buyers would like a diesel Forester and a 6-speed manual shifter but don’t look for things to change. Yet you can’t argue with Subaru and their decisions for what models come to U.S. shores.

Subaru of America is pulling the right strings

Subaru of America isn’t suffering from not having the diesel and 6-speed manual gearbox models. Forester is the brands number one seller in North America and Subaru of America continues to set sales records every month. The new 2016 Forester also had record months in January and February.

The Japanese manufacturer’s bestselling model in the UK

The multi-purpose all-wheel-drive Forester is also the best seller for Subaru in the UK and has picked up a few awards. Forester was named ‘Best Family 4x4 of the Year’ in 2015 and 2014 by Motors North in its Highland Car of the Year Awards. The previous year in 2013, UK’s 4x4 Magazine also crowned the Forester as its “Mid-size SUV of the Year.”

The upgraded 2016 Subaru Forester will be in UK showrooms next month. Pricing remains unchanged for all trim levels in the updated Forester line-up, with the range starting from 25,495 British Pounds (on-the-road) for the 2.0i XE model and 26,995 for the best-selling 2.0D XC models. U.S. consumers would like them, but can only look and not touch the turbo-diesel Forester with a 6-speed gearbox.

Panasonic Updates Profit Forecast, Noting How Much Tesla Batteries Help The Jump
2022 Porsche 911 GT3 Laps Nurburgring in 7:04 With Journalist Behind The Wheel
END_OF_DOCUMENT_TOKEN_TO_BE_REPLACED