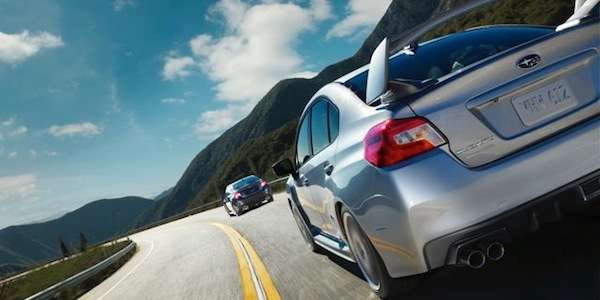 The tour offers 360 degree views of the interior and daytime and night time lighting features. The core technologies of its Symmetrical all-wheel-drive and engine specs are all covered in depth. It covers the new safety and technology features now offered on the 2016 models.

EyeSight offered on WRX for the first time

You can check out the newest EyeSight safety system and driver assist technology that’s available on WRX for the first time. Lane Keep Assist has now been added to the 2016 WRX EyeSight system which uses the vehicle’s electric power steering system to help the driver keep the vehicle within its lane when driving on the highway.

In the new 2016 WRX, below speeds of approximately 19 mph, EyeSight is capable of detecting pedestrians in the WRX’s path and can activate to mitigate or even avoid the collision. Under certain circumstances, EyeSight is able to bring the car to a...read more.

You can also check out the upgraded infotainment capability on the 2016 WRX/STI. The standard WRX receives a new Subaru STARLINK 6.2” Multimedia system. Standard trim 2016 WRX STI also comes with the new Subaru STARLINK 6.2” Multimedia system and a rear vision camera is standard, as well. If you don’t want the full STI wing spoiler, look at the low-profile trunk spoiler on 2016 WRX STI Limited that’s a no-cost option now for the first time.

You can see the new WRX Premium and Limited performance sedans that now come standard with 18 x 8.5-inch alloy wheels with 245/40 R18 summer tires. When you are done with the tour, you can build your own 2016 WRX/STI and customize it any way you want with trim and accessories. You can estimate a payment and request a quote from a dealer if you want.