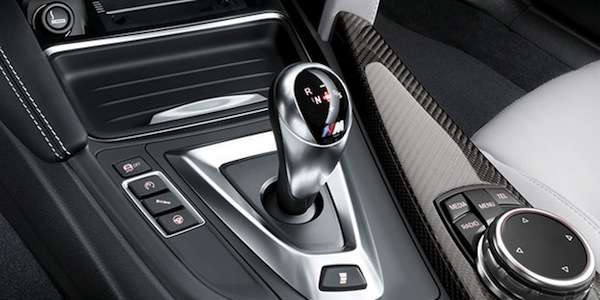 Do you want a manual gearbox in that BMW M3/M4? BMW says not for long

According to recent reports, you won’t be able to get a manual gearbox in the new BMW M3 or BMW M4. Why is BMW likely dropping the manual?
Advertisement

It looks like all BMW M performance cars will only come with automatic transmissions in the near future. According to a report from AutoCar, BMW M CEO Frank van Meel says the manual gearbox may not be around much longer.

He isn’t ruling out the possibility BMW M will keep the manual gearbox, because there are still performance fans who want one, but the future doesn’t look bright to keep them. Frank van Meel told AutoCar, “From a technical standpoint, the future doesn’t look bright for manual gearboxes. The DCT and auto boxes are faster and they have better fuel consumption.”

Then he adds, “It’s difficult to say we’ll stick to the manual, but we still have a big fan community for manuals and we are not going to take away something the customer wants to have.” Sales will dictate what BMW M does in the future and sales of the stick-shift are declining around the globe.

A dying breed for BMW

Declining sales of the manual gearbox on the M3/M4 could be the final death blow. Frank van Meel admits, “Some fans may love the DIY-shifter, but at least in Australia it seems buyers don’t.” In Australia, only one percent of current M3/M4 buyers are choosing the 6-speed manual over the seven-speed dual-clutch automatic.

The BMW M3/M4 are the last M performance machines left with a manual transmission. The only other M model that still comes with one is the overseas-only manual BMW M5. So the manual transmission could become a thing of the past before too long. If you want one, you better get one soon.

In the AutoCar interview, Frank van Meel went on to tell them that power numbers have reached their limit for BMW M Division. Fans may not ever see more than 600hp in their BMW M machines ever again. van Meel says, the limit has been reached and says, “For now, 600bhp is the most you can get in an M car, and we’re at the limit. If you go on adding more horsepower and torque, it’d probably be over the limits.”

The future at BMW’s M division will likely see lighter performance machines with less power but with similar performance. It looks like BMW is going to stay with the manual gearbox for as long as there is sufficient demand. Like the M5 Special 30th “Jahre”, the BMW M3/M4 manual may not be around much longer.