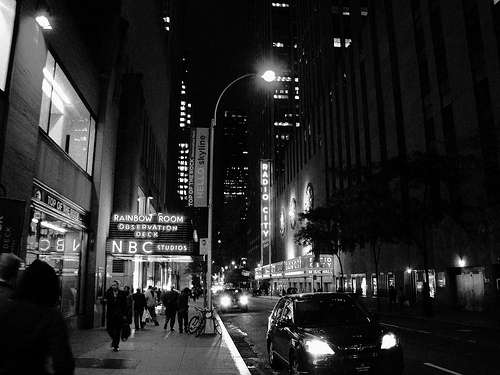 Residents in Manhattan want a parking ban put into effect because of sex in cars near a trendy nightclub.
Advertisement

Sex in cars around a posh Midtown Manhattan neighborhood is getting so out hand, that neighbors who live near nightclubs have asked city officials to ban parking on city streets. They are asking for the ban to be in affect only on weekends when the residents see most of the problems. Residents around West 30th between Seventh and Eighth avenues have complained for years about their neighborhood being littered with used condoms and other “items” being left by the bar patrons.

The board also cited chronic drug use, and double parking along with the rampant car sex. The board who has no power to enforce the ban is awaiting a ruling by the Department of Transportation in the matter. If the new city ordinance is passed, the NYPD will begin asking the frisky fornicators to get a room instead of using their cars to engage in the act.

It seems that this is not just a Midtown Manhattan issue. In a conversation with a Denver police officer, who asked to remain anonymous, said, “we’ve had numerous complaints and have been called to an underground parking garage near downtown Denver to investigate this kind of activity.” And while it isn’t surprising, the automobile is a popular place to have sex. In a survey by Ask Men, they found the automobile is one of top ranked places to do the deed.

In a surprising email sent out last year by a Toyota official, he asked auto journalists to please return the Toyota cars they are test driving in the condition they received them. He said, “we’ve even found a used condom in one of our test cars.” It seems like the car is a popular choice for carnification.

Car sex outside the night clubs in NYC isn’t the only issue, as it seems the Parlour Midtown and Rebel NYC night clubs are under investigation for other city violations. The Parlour's liquor license is under review due to "several violations."

And for those who want to know more about the issue, Carma Sutra has published a book with some helpful tips on how to properly do the backseat mamba.

John Goreham wrote on April 26, 2012 - 4:48pm Permalink
If the act is performed in an electric car and the trash is fully bio-degradable, does that make it OK?