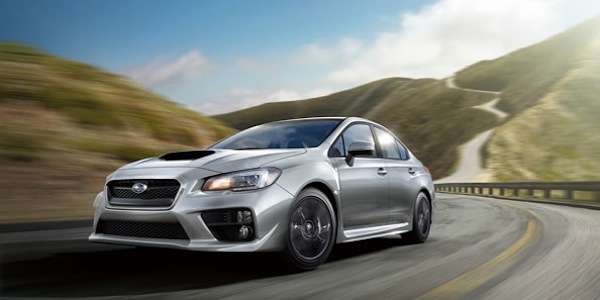 Subaru Canada announced the dealer launch of the 2016 Subaru WRX and it’s missing a key safety feature that U.S. spec models will get. The biggest news for the U.S. 2016 WRX was that it would be available with the next generation EyeSight advanced prevention crash system. Canadian spec 2016 WRX performance sedans will not be offered with the new EyeSight. What extras does 2015 WRX come with in Canada?

The 2016 WRX Sport Package gets a $300 price increase ($32,795) and gains extra safety features that include door mirrors with LED-integrated turn signals as well as the Subaru Rear/Side Vehicle Detection System (SRVD). This is Subaru’s new rear radar system that introduces the brand's next step toward full-perimeter preventive safety.

How does the system work? SRVD offers three functions: Blind Spot Detection detects vehicles behind the C-pillars and in other blind spots; Lane Change Assist detects fast approaching vehicles when changing lanes, and Rear Cross Traffic Alert detects close vehicles while reversing, such as out of a parking space or driveway. LED indicators on the side mirrors paired with an audible warning alert the driver of vehicles traveling in their blind spots and when changing lanes.

Below speeds of approximately 19 mph, EyeSight is capable of detecting pedestrians in the WRX’s path and can activate to mitigate or even avoid the collision. Under certain circumstances, EyeSight is able to...read more.

The 2016 WRX performance sedan stays with the 2.0-liter turbo boxer powerplant that produces 268 horsepower and 258 lb ft of torque. It comes mated to either the six-speed manual gearbox or can be ordered with the optional Sport Lineartronic with SI-DRIVE performance management with 6-speed and 8-speed manual shifting modes and steering wheel paddle switches. The 2016 Subaru WRX is available now in Canada.

Richard Plana wrote on May 8, 2015 - 12:35am Permalink
I'd sent an email to Subaru of Canada asking why they wouldn't include it. So far, nothing. It's a key factor for my decision to buy a WRX. If it doesn't come out in the Canadian models, I'll have to go the route of importing it from Subaru of America. Likely Planet Subaru.
Foobar wrote on May 8, 2015 - 11:45am Permalink
Doesn't really matter to me. I'd take a WRX with fewer tech features as well.
David wrote on May 8, 2015 - 4:33pm Permalink
Who cares - I would rather pay attention and drive my WRX than have it drive for me. By the way, the system is only offered on automatic cars. I don't like automatic cars.