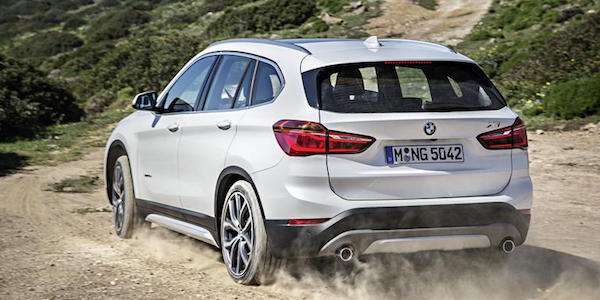 Ludwig Willisch, President and CEO, BMW of North America says, “February showed again the accelerating pace of BMW Sports Activity Vehicles is clearly more than a trend with our X models accounting for 45 percent of sales this past month. Willisch is expecting their new 2016 7 Series opulent flagship to increase as warmer weather arrives around the globe.

BMW X1 is sporty and hot

The BMW X1 is the smallest member of the Bavarian automaker's Sport-Activity Vehicle (SAV) line-up. The small luxury SUV market is growing around the globe and especially in the U.S. BMW is catching the wave and riding it with the new X1. The BMW X1 beats the Mercedes-Benz GLA-Class for top honors in the U.S. News & World Report Luxury Subcompact SUV class. U.S. News says the redesigned 2016 BMW X1 has a strong engine and sporty handling. They also added, the interior is spacious and the rear seats offer abundant legroom.

X1 gets a redesign

BMW’s X 1 was redesigned for the 2016 model year and the xDrive28i comes powered by a 2.0-liter TwinTurbo 4-cylinder engine from BMW’s new family of modular engines with maximum output of 228 horsepower. It’s the most powerful entry model in the segment. With a starting MSRP of $34,800 it’s a good choice in the subcompact luxury SUV class. Consumers like it’s sporty driving dynamics and are snatching up the BMW X1 at a record clip.

Bill nursey wrote on March 2, 2016 - 7:52pm Permalink
The X1 IS very good. BUT...when are the "experts" going to recognize and point out to consumers that it has (at least) one glaring omission: it lacks and cannot be currently bought with, blind spot monitoring!!!!! That has cost them at least one sale...mine.